What is Lithium and Where Does It Come From?

Lithium is geologically rare because it is unstable atomically due to it having the lowest binding energies per nucleon than any other stable nuclide. This is good for nuclear reactions (lithium was used as fuel in the first early nuclear reactions in 1932) but bad for finding it in nature. Further compounding its volatility, lithium is an alkali and will combust if allowed to come in contact with elements it reacts with, such as those found in the air. Pure lithium needs to be stored in oil to be transported safely.

Given that it’s rare and reactive, the process of extraction differs from other metals. Currently, there are two ways that lithium can be extracted. The first way is from ionic compounds, such as pegmatitic minerals (made of quartz, feldspar, mica, and other crystals). For a long time, this was the world’s primary source of lithium. Much of Australia’s lithium production as of 2020 comes from spodumene, a pyroxene mineral that occurs in pegmatites and aplites.

In addition to being in minerals, lithium can be found in brines and ocean water because of its solubility as an ion. This means lithium saturated brines found in South America and Nevada can be dried using a solar evaporator, then once a good concentration is reached, the lithium carbonate and lithium hydroxide are precipitated by adding sodium carbonate (washing soda or soda ash) and calcium hydroxide (slaked lime or caustic lime). The brine extraction process usually takes 18 to 24 months.

However, the different processes are not equal in the lithium they produce. As mentioned earlier, battery manufacturers require 99.5% pure lithium and the remaining 0.5% is important. Brining tends to bring in iron or magnesium, impurities battery manufacturers try to avoid. Spodumene also has the advantage of purity as the deposit in Australia is an estimated 2.4% lithium. However, the sheer abundance of lithium in brines makes it very compelling even though the concentration is much lower (0.2-0.3%). An estimated 230 billion tons of lithium is dissolved in the oceans, but at 0.1-0.2ppm, it will be a while before extraction becomes economically viable. The difference between the identified reserved and the total estimated reserves can be mostly explained by brines. Brines are hard to estimate as they vary in concentration drastically and are often hidden in strange locations.

For example, most of the world’s lithium brines are concentrated in a region known as “The Lithium Triangle”, an intersection of Chile, Bolivia, and Argentina. This triangle is believed to contain over 75% of the existing known lithium. One such source of brine is the Salar de Uyuni salt flats in southwest Bolivia near the top of the Andes (almost 12000 ft or 3700 meters above sea level).

There’s a layer of salt on top that ranges from a few centimeters to several meters thick. Underneath the hard crust is a liquid brine with a relatively high concentration of lithium (0.3%). A hole drilled into the crust allows the brine to be pumped out and processed. As you can imagine, the high altitude complicates extraction and makes it more complex to transport the extracted lithium.

Why does lithium work so well as a battery? The myriad number of battery varieties using lithium seem endless. There is Li-MnO2, the most common consumer-grade battery chemistry, Li-FePO4, Li-CSVO, Li-CFx, Li-CuFeS, and Li-FeS2 are just some of the variants that are in common use today. Lewin Day wrote a beginner’s guide to lithium batteries that can help sort them out.

Every battery has three parts: an anode, a cathode, and an electrolyte. Most batteries today use a liquid electrolyte, which is made of lithium salts suspended in an organic solvent. Solid-state lithium batteries offer some promise but are still very much in development. They use solid lithium oxides as their electrolytes because being solid, they cannot leak, which is a safety issue for their liquid-based counterparts. The anode is often a material such as graphite or lithium titanate intercalated (a reversible layering) with lithium. Cathodes are often made from lithium nickel cobalt (LMO) or Lithium nickel manganese cobalt oxide (NMC).

The reversible reaction inside a lithium battery is quite similar across all lithium batteries. During discharge, an oxidation half-reaction occurs as the anode that forms negative electrons and positive lithium ions. The lithium ions head towards the cathode while the electrons move through the circuit towards the anode. They recombine there in a reduction half-reaction. Apply an electrical current and this reaction is reversed. Since both the cathode and the anode allow the lithium ions to intercalate within their structures, the lithium ions are said to “rock” back and forth between the two electrodes. Thanks to lithium’s relative instability and atomic structure, it is easy to form a lithium-ion and transport it through the battery.

This reaction does have its limits. Overvolting a battery (5.2 volts) leads to the synthesis of cobalt oxide, which causes damage to the electrodes. Letting the voltage potential drop too low results in the production of lithium oxide, which damages the battery irreversibly by reacting to the battery itself. You can learn a bit more about battery chemistry in this wonderful Bob Baddeley wrote last year.

As I mentioned, the cathodes of batteries are often made with cobalt. Funny enough, cobalt is in someways rarer than lithium. Despite its rarity, the demand for cobalt has continued to skyrocket thanks to lithium-ion batteries. More than half of the world’s supply is in DR Congo, which is an infamously exploited area of the world. Child and slave labor are repeatedly reported in the mines and many companies have tried to find ethical sources of the material. Progress has been made to reduce the amount of cobalt required per battery and it has dropped from 1/3rd (NMC111) to 1/10th (NMC811) of the cathode. Many companies are trying to make batteries without cobalt entirely, for example, the Tesla Model 3 has an LFP cathode which is cobalt-free. Even with new technologies being put into production, we are still a long way from being cobalt-free and the majority of batteries today are still cobalt-based. We may face a cobalt shortage long before we face a lithium shortage.

Do We Have Enough For Everyone?

The short answer is probably. Dozens of different Universities and National Labs have come out with studies predicting one way or another. Lawrence Berkeley National Lab said in a 2011 study that we could build a billion 40 kWh lithium batteries with our existing reserves, however, they assumed only 10kg of lithium per battery (1/6th of a Tesla Model S). Even if we have enough raw materials, the process of converting it into a usable form needs to be considered.

Consumption has grown around 25% per year since 2012, outpacing the 4 to 5% yearly gain in production. At some point, something is going to have to change. Several have compared these market conditions to the oil industry. The demand for oil led to new methods for extraction and new technology that weren’t commercially viable before. We still have a large amount of research and development to do before extracting lithium from less concentrated sources such as the ocean becomes more economically viable. That said, there are a few things we could do that might ease the bumps along the way.

Recycling lithium has been a dream of researchers and engineers alike. A few hurdles stand in the way of that dream, namely designing for recycling and cost-effectiveness. Unlike lead-acid batteries, which are designed with recycling in mind and achieve around a 98% recycling rate by mass, lithium-ion batteries are often focused on fitting the size and shape of the product they are in. Recycling also requires labeling to tell what chemistry the battery is, which lithium-ion batteries often do not. Unlike lead-acid, lithium batteries have anodes and cathodes of similar density, which makes them hard to separate out for recycling. This requires complex chemical or magnetic separation steps that vary according to the battery chemistry. 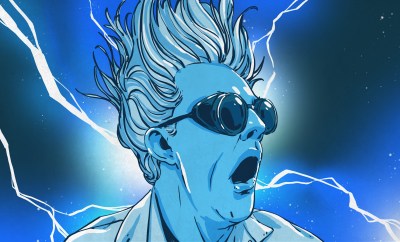 That said, universities are working to improve the process. While their results are incredibly promising, there’s still the problem that recycling is not economically viable yet. Just buying the raw materials and making new batteries is cheaper than recycling old ones.

Every few years or so, some new battery technology gets heralded as our potential savior. It seems that the promises of new and better batteries being just around the corner are held up each year anew. We’ve covered the current contenders as well as some promising upstarts such as lithium-sulfur and lithium-ceramic. Each promises different things like higher energy density, faster recharge, or being more environmentally friendly. While the general consensus is that we’ll believe the battery breakthrough hype when we see it in a consumer product, we still must give credit to all the researchers and engineers over the last few decades creating the steady stream of improvements to the lithium-ion battery.

So next time you look at the small lithium battery in your project or the large bank of 18650 cells, take a moment to appreciate where they came from and perhaps even allow yourself to wonder what will come next.

138 thoughts on “Lithium: What Is It And Do We Have Enough?”