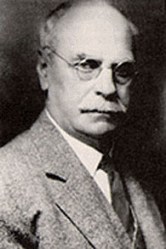 Then you get into the really exotic sensors. You can also measure proton resonance in hydrogen-rich materials like kerosene or detect energy states in gasses like cesium. Superconducting coils are also on the menu.

Still, Hall effects, especially those using semiconductors, are cheap and plentiful. They are also small. It is hard to imagine your PC keyboard using a superconducting coil to pick up small magnets glued to the bottom of the keys.

We like the video from [rcmodelreviews] that talks about the theory behind the Hall Effect (see below). however, the explanation is pretty simple even with no video. Consider a conductive sheet shaped like a dollar bill. Connected across the left and right sides is a constant voltage source, causing a current to flow through the conductor. If you measure the voltage — the Hall voltage — across the top and bottom of the bill, you’d expect the voltage to be nearly zero if the conductor is any good. With no magnetic field present, you would be right. The voltage across the top and bottom will be practically zero volts.

However, when a magnetic field is present with flux lines at right angles to the bias current, a Lorentz force acts on the electrons — or other charge carriers, such as holes — and they will bend away from the force as you can see in this animation. This will cause electrons to group together on one side of the conductor and tend to be absent from the other side.

This causes the two sides to have different charges, and where we have a charge differential, we must have a voltage. In the animation, you can see the battery providing the current flow and the meter measuring the Hall effect voltage as the horseshoe magnet applies different magnetic fields to the device.

A practical device will have additional circuitry. Usually, there’s an amplifier for the Hall voltage. Sometimes there’s a regulator for the bias voltage. A digital output sensor may have a comparator and an output transistor, too.

Every device is different, so it pays to read the datasheet for the one you want to use. Hall effects generally have limitations on frequency range and can be rather expensive. Melexis, for example, has a 250 kHz device, and that’s much faster than many other similar products. That particular device requires 5 V and less than 15 mA to operate.

From the datasheet, you can see there are two versions. One can operate up to about 7.5 millitesla and the other works around 20 millitesla. There’s even a version that can work to 60 millitesla. Of course, there are many other choices from other vendors with different parameters.

Some sensors output a voltage proportional to the sensed magnetic field or you can get a digital on/off type sensor. Obviously, if you expect to deploy a sensor, you’ll need different support for whichever sensors you choose to use. In some cases, you don’t even need an external device. The ESP32, for example, has its own Hall effect built in, as you can see in this video.

If you want to build your own Hall effect projects, there are plenty to choose from. A portable magnetometer is quite simple and lives in a Tic Tac box. If you are measuring current, you might want to use a device that contains not just the Hall effect sensor, but everything else you need, too.

Or, why not build something new? If you do, though, be sure to send us a note on the tip line, so we can spread the word about your latest creation.