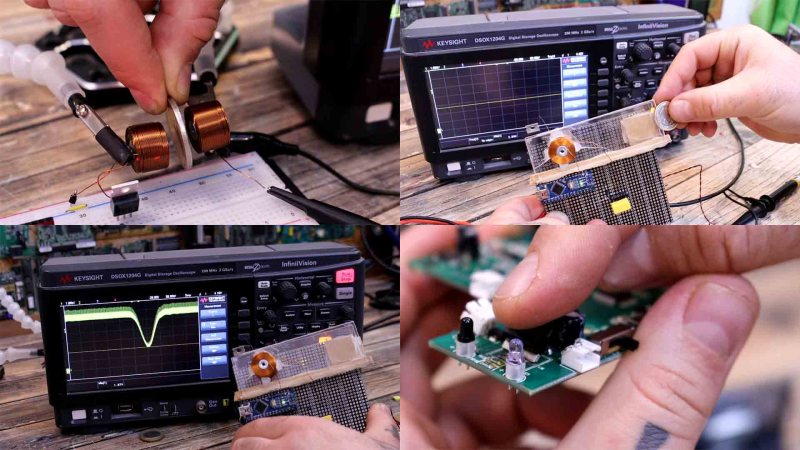 So what are the two coils for? They form a transformer, and the coin moving between the coils changes the coupling in a way that depends on the material. By knowing the diameter, the transit speed of the coin, and the material, you can identify the coin. A little solenoid-driven flap moves out of the way to store a recognized coin. If it doesn’t move out of the way, the coin goes out of the coin return slot.

We wondered how the machine knows about local currency and what happens if the composition of a coin changes. The video shows how you teach the device about a coin by inserting a sample coin multiple times and letting the device measure. So even if you had some custom token, it should work.

The homebrew solution is pretty easy, especially the optical part. The coils are a bit more work since you need a big coil along with the associated driver and sense electronics. Then, of course, there is also the mechanics, which he did not build, since the commercial product was only $20.

We always enjoy teardowns, but this one was especially informative, and we enjoyed the reproduction of the operating principles. Hero was a Greek who lived a long time ago and would have really been interested in this teardown. We couldn’t help but think, too, of [Peter’s] coin-operated calculator.

16 thoughts on “Coin Acceptors Are Higher-Tech Than You Think”