In a way, you have to feel a bit sorry for the engineers at Casio. They can produce the most advanced digital watches ever to grace the wrist, but their work will forever be associated with one of their more lowly creations. The Casio F91 is the archetypal digital watch — it’s affordable, it’s been in production since the Ark, it does the job so well that it’s become a design classic, and it remains a very tough act to follow. 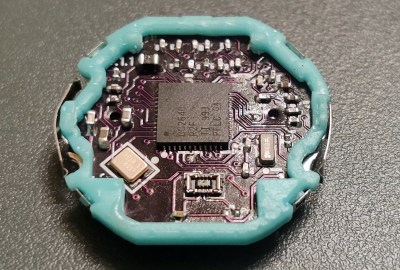 If it has a flaw though, it’s that the functions of a watch from 1989 are very basic. Wouldn’t it be nice if a Casio F91 could be a modern smartwatch! Well thanks to [Pegor] it can, with a complete re-engineering of the classic watch’s internals. Now the simple classic timepiece is fully up-to-date!

All the Casio internals are removed, and a new movement holder supports a fresh PCB with an OLED display mounted via a flexible sub-PCB. The brains comes courtesy of a Texas Instruments CC2640 BLE microcontroller. This gives it a 15-day battery life, which is nothing like what the original watch would have but compares favorably to smartwatches. He admits that the software needs some work, but with hardware this well-executed we hope that others can contribute some improvements.

This is probably the most impressive F91 hack we’ve seen, but it’s by no means the first revamped Casio we’ve shown you.

24 thoughts on “The Casio Smartwatch You Never Had”