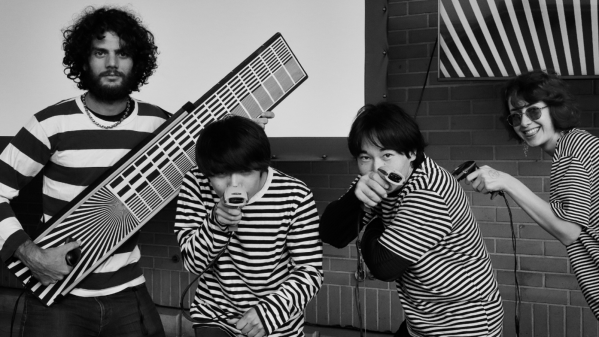 The art-music-technology collective “Electronicos Fantasticos!” (commonly known as Nicos) is the brain child of artist/musician [Ei Wada] in Japan. They revive old, retired and out-dated electrical appliances as new “electro-magnetic musical instruments” creating not just new ways to play music, but one that also involves the listener as a musician, gradually forming an interactive orchestra. They do this by creatively using the original functions of appliances like televisions and fans, hacking them in interesting ways to produce sound. The project started in the beginning of 2015, leading to the creation of a collaborative team — Nicos Orchest-Lab — around the end of that year. They have since appeared in concerts, including a performance at “Ars Electronica”, the world’s largest media arts festival in 2019.

For us hackers, the interesting bits can be found in the repository of their Work, describing sketchy but tantalising details of the musical instruments. Here are a few of the more interesting ones, but do check out their website for more amazing instruments and a lot of entertaining videos.

CRT-TV Gamelan – A percussion instrument made from old CRT monitors. Coloured stripes projected on the screen cause changes in static-electricity picked up by the players hands, which then propagates to an electrical coil attached to their foot. This signal is then patched to a guitar amplifier.

Electric Fan Harp – They take out the fan blade, and replace it with a “coded disk” containing punched holes. Then they shine a bulb from under the rotating disk, and the interrupted light is picked up by an optical receiver held by the player. Controlling the fan speed and the location of the receiver pickup, they can coax the fan to produce music – based on the idea “What if Jimi Hendrix, the god of electric guitars, played electric fans as instruments?”

Barcoder – This one is quite simple but produces amazing results, especially when you pair up with another Barcoder musician. The output of the barcode reader is pretty much directly converted to sound – just wave the wand over printed barcode sheets. And it works amazingly well when pointed at striped shirts too. Check out the very entertaining videos of this gizmo. This led to the creation of the Barcodress – a coded dress which creates an interactive music and dance performance.

Striped Shirtsizer – This one is a great hack and a synth with a twist. A camera picks up video signals, which is then fed to the “Audio” input of an amplifier directly. In the video on the project page, [Ei Wada] explains how he accidentally discovered this effect when he wrongly plugged the “yellow” video out connector to the audio input of his guitar amplifier. At an outdoor location, a bunch of people wearing striped shirts then become an interactive musician-audience performance.

Kankisenthizer a.k.a Exhaust Fancillator  – This one consists of an array of industrial exhaust fans – although one could just as well use smaller instrument cooling fans. On one side is a bright light, and on the other a small solar cell. Light fluctuations picked up by the solar cell are then fed to the guitar amplifier. The array consists of fans with different numbers of blades. This, coupled with changing the fan speed, results in some amazing sound effects.

There’s a whole bunch more, and even though the “instructions” to replicate the instruments aren’t well documented, there’s enough for anyone who’s interested to start experimenting.

END_OF_DOCUMENT_TOKEN_TO_BE_REPLACED

[nico] just received his credentials for an upcoming conference. On each badge, there’s a 2D barcode with the participant’s bio and contact info. These are meant to be scanned by vendors for future contact. [nico] isn’t so interested in that and plans on updating his personal info by generating a new barcode. To this end, he’s collected a number of links to help out barcode hackers. He used the SWIPE toolkit to identify the format and decode (it has an online component too). There are also several online encoders you can use, like this one from [Terry Burton]. If you’re wondering what sort of shenanigans you can get into faking barcodes, check out [fx]’s presentation from 24C3.