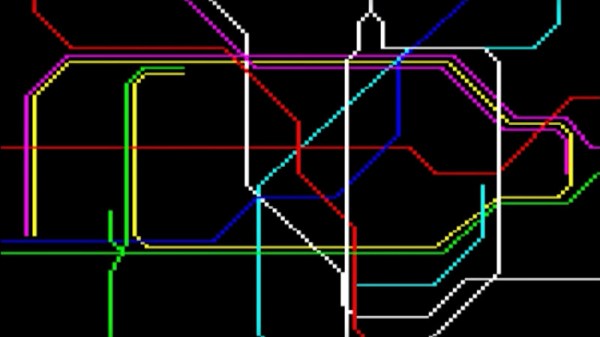 There was a time when visitors to London would carry an A to Z map to navigate the city’s Undergound railway system, referring to the iconic London Transport map printed on its back as they did so. Now it’s likely they’ll do the same with their smartphones, with apps ranging from simple analogues of the printed version through to fully annotated route planners with up to the minute train information. Is this a new technology, something only possible in the last decade? Serial British rail YouTuber [Geoff Marshall] thinks otherwise, and has programmed a Tube map on a vintage BBC Micro.

We don’t expect anyone to heft a pile of vintage hardware onto the Central Line at rush hour even though in reality he’s running it on an emulator due to his real BBC Micro being kaput. Perhaps someone should drop him a line about capacitor replacement in that power supply. But it does provide an entertaining jaunt back into afternoons in a 1980s school computer lab, with MOVE, DRAW, and PLOT commands as he wrestles with the limited colour palette of MODE 2.  The result only covers Tube Zone 1, or the very centre of London, so to visit London Hackspace you’ll have to remember to take the Bakerloo line northbound out to Zone 4 and disembark at Wembley Central.

Happily as you can see in the video below the break he enlists the help of a friend to run it on real hardware. He posted the code as a comment to the video but it’s really hard to find. Try this direct link and scroll down, it should be the first comment but you need to click “Read more” to unfold the code. We think the Tube Map would make a great test for any retrocomputer, so we look forward to this feat being repeated.

END_OF_DOCUMENT_TOKEN_TO_BE_REPLACED 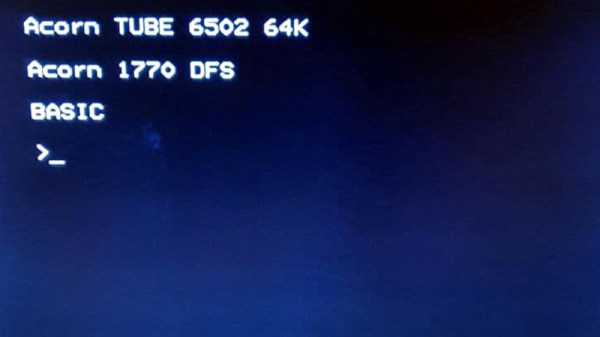 The Raspberry Pi is a fine machine that appears in many a retrocomputing project, but its custom Linux distribution lacks one thing. It boots into a GNU/Linux shell or a fully-featured desktop GUI rather than as proper computers should, to a BASIC interpreter. This vexed [Alan Pope], who yearned for his early days of ROM BASIC, so he set out to create a Raspberry Pi 400 that delivers the user straight to BASIC. What follows goes well beyond the Pi, as he takes something of a “State of the BASIC” look at the various available interpreters for the simple-to-code language. Almost every major flavour you could imagine has an interpreter, but as is a appropriate for a computer from Cambridge running an ARM processor, he opts for one that delivers BBC BASIC.

It would certainly be possible to write a bare-metal image that took the user straight to a native ARM BASIC interpreter, but instead he opts for the safer route of running the interpreter on top of a minimalist Linux image. Here he takes the unexpected step of using an Ubuntu distribution rather than Raspberry Pi OS, this is done through familiarity with its quirks. Eventually he settled upon a BBC BASIC interpreter that allowed him to do all the graphical tricks via the SDL library without a hint of X or a compositor, meaning that at last he had a Pi that boots to BASIC. Assuming that it’s an interpreter rather than an emulator it should be significantly faster than the original, but he doesn’t share that information with us.

This isn’t the first boot-to-BASIC machine we’ve shown you. 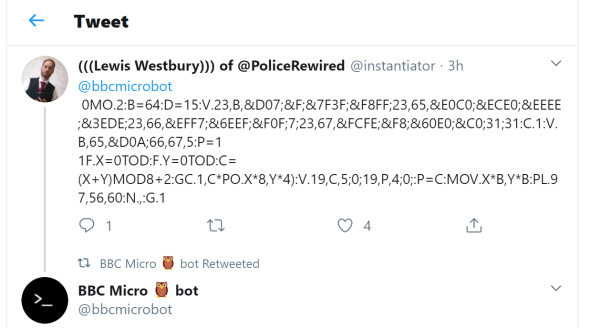 From the “things we like, but can’t explain why file” comes the BBC-Micro-bot twitter robot. BBC Basic was a staple in the UK and if you tweet a BBC Basic program to @bbcmicrobot you’ll get a reply with a 30 second video of your program being emulated in all its glory.

As you can see in the above tweet, the code can get a bit terse, but if you look at the bot’s feed you can find some more legible examples. As the author, [@Dominic Pajak] said:

You might want to use fewer and smaller line numbers, fewer spaces and check out the minimum abbreviations for BBC BASIC keywords to achieve this.