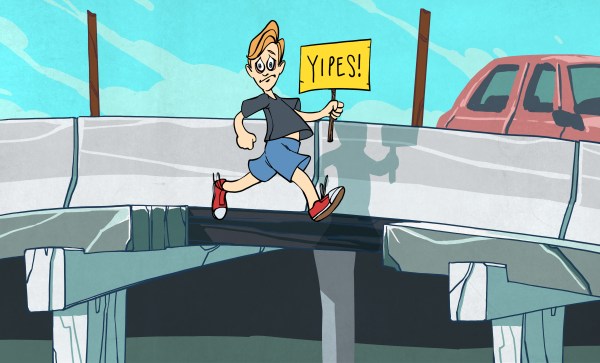 About two months ago I rode my bike to work like any other day, but on the way home a construction project seemed to have spontaneously started at one of the bridges that I pass over. Three lanes had merged into one which, for a federal highway, seemed like a poorly planned traffic pattern for a such a major construction project. As it happens, about an hour after I biked across this bridge that morning both outside sections of the bridge fell into the water. There was no other physical damage that seemed to explain why parts of a bridge on U.S. 1 would suddenly collapse.

The intriguing thing about this bridge collapse was that the outer retaining wall and about half of the sidewalk on both the northbound side and the southbound side had fallen into the water at the same time. This likely wasn’t caused by something like a boat impact, car accident, or an overweight truck. Indeed, Florida Department of Transportation (FDOT) investigated the incident and found that two post tension wires that held these sections of the bridge together had failed, making it unsafe for pedestrians and bicyclists but also for any boaters below. END_OF_DOCUMENT_TOKEN_TO_BE_REPLACED