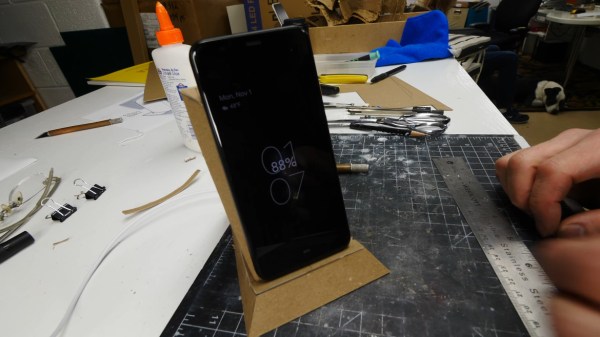 If you’ve ever made a prototype of something before making the “real” one or even the final prototype, you probably already know that hands-on design time can’t be beat. There’s really no substitute for the insight you will glean from having a three-dimensional thing to hold and turn over in your hands for a full assessment. Sometimes you need to prototype an object more than once before investing time, money, and materials into making the final prototype for presentation.

This is [Eric Strebel]’s second video in series about making an eco-friendly wireless phone charger. He made a paper prototype in the first video, and in this follow-up, he refines the idea further and makes a chipboard version of the charger before the final molded paper pulp prototype. The main advantage of the chipboard version is to design the parts so that each one will be easier to pull from its mold in a single piece without any undercuts.

By building the chipboard version first, [Eric] is able to better understand the manufacturing and assembly needs of this particular widget. This way, he can work out the kinks before spending a bunch of time in CAD to create a 3D-printed mold and making the paper pulp prototype itself. He emphasizes that this process is quite different from the 2.5D method of laser-cutting a single piece of chipboard and folding it up into a 3D object like it was a cereal box, which is likely to hide design issues. Be sure to check out the video after the break.

We think this prototype is quite nice-looking, and believe that everything deserves good design. Why should a wireless charger be any different? [Eric] has prototyped in a lot of media, but he seems especially skilled in the art of foam core board. Start with the masterclass and you’ll have a better appreciation for his foam armored vehicle and one of the many ways he smooths out foam parts.

END_OF_DOCUMENT_TOKEN_TO_BE_REPLACED 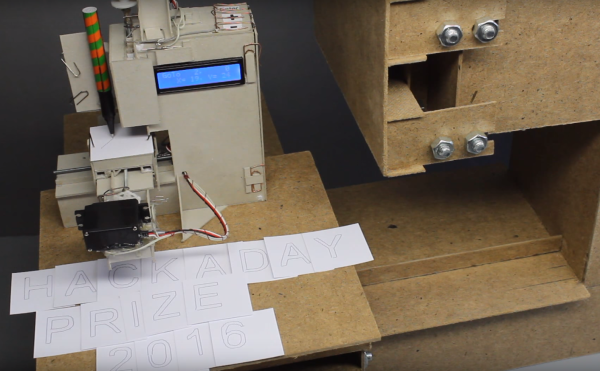