When starting out on a project, it’s accepted best practice to try to avoid feature creep. Of course, we can’t all say that we follow this guideline completely every time. In fact, sometimes it can get away from us, and in rare situations it might actually turn out pretty well. That appears to be what happened with [superczar]’s home automation project which now covers basically everything possible in home automation.

The build started in 2013, so we assume that features have been added periodically and that the system wasn’t designed and built all in one furious weekend. Either way, though, it covers a lot: lights, switches, media players in several rooms, includes sensors and logging for temperature, smoke, fire, and power, supports a number of cameras, the doorbell, and the locks. It also includes voice control for most of the systems.

That’s an impressive list, but what really drew our attention to this project is that it used to be based on domoticz, but that community has waned over the years and [superczar] had kept his system patched together with self-built scripts. An accidental upgrade recently broke the entire setup, so rather than rebuild everything a migration was made to home-assistant, an open-source platform that has a more active community. We’ve seen plenty of projects around here that use it as a platform, for ceiling fans, custom remotes, and doorbells.

Thanks to [pradeepmur] for the tip! 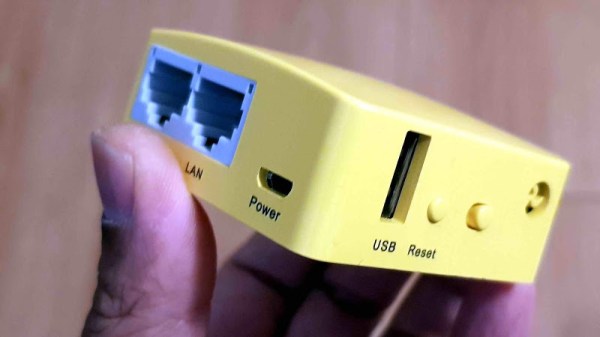 With so many WiFi home automation devices on the market, you might want to take advantage of these low cost products without having to send your data to third-party servers. This can be accomplished by running your own home automation hub on your home network.

If you don’t want to use a full computer for this purpose, [Albert] has you covered. He recently wrote a guide on running Domoticz on the $20 GL-MT300Nv2 pocket router.

The setup is rather simple: just perform a firmware update on your router using the provided image and a full home automation stack is installed. Domoticz provides a web interface for configuring your devices, setting up rules, and viewing sensor data.

The pocket router is also supported by OpenWrt and provides a USB host port, making it a low-cost option for any WiFi hack you might have in mind. We’ve seen quite a few OpenWrt based hacks over the years. 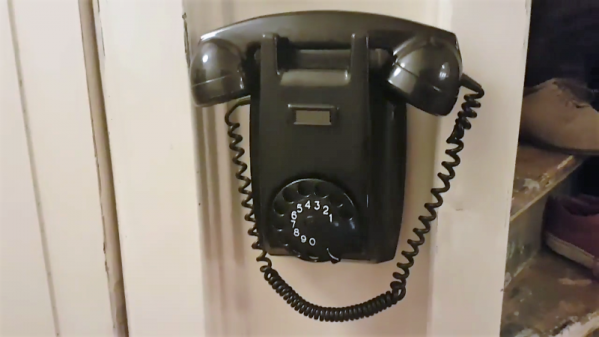 We have to admit that this retasked retro phone wins on style points alone. The fact that it’s filled with so much functionality is icing on the cake.

The way [SuperKris] describes his build sounds like a classic case of feature creep. Version 1 was to be a simple doorbell, but [SuperKris] would soon learn that one does not simply replace an existing bell with a phone and get results. He did some research and found that the ringer inside the bakelite beauty needs much more voltage than the standard doorbell transformer supplies, so he designed a little H-bridge circuit to drive the solenoids. A few rounds of “while I’m at it” later, the phone was stuffed with electronics, including an Arduino and an NFR24 radio module that lets it connect to Domoticz, a home automation system. The phone’s rotary dial can now control up to 10 events and respond to alarms and alerts with different ring patterns. And, oh yes – it’s a doorbell too.

In general, we prefer to see old equipment restored rather than gutted and filled with new electronics. But we can certainly get behind any effort to retask old phones with no real place in modern telecommunications. We’ve seen a few of these before, like this desk telephone that can make cell calls.