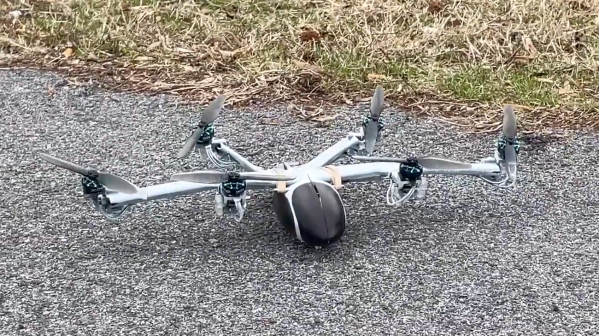 eVTOL (Electric Vertical Take-off and Landing) craft are some of the more exciting air vehicles being developed lately. They aim to combine the maneuverability and landing benefits of helicopters with the environmental benefits of electric drive, and are often touted as the only way air taxis could ever be practical. The aircraft from Joby Aviation are some of the most advanced in this space, and [Peter Ryseck] set about building a radio-controlled model that flies in the same way.

The result is mighty complex, with six tilt rotors controlled via servos for the utmost in maneuverability. These allow the vehicle to take off vertically, while allowing the rotors to tilt horizontally for better efficiency in forward flight, as seen on the Bell-Boeing V-22 Osprey.

The build uses a 3D-printed chassis which made implementing all the tilt rotor mounts and mechanisms as straightforward as possible. A Teensy flight controller is responsible for controlling the craft, running the dRehmFlight VTOL firmware. The assembled craft only weighs 320 grams including battery; an impressive achievement given the extra motors and servos used relative to a regular quadcopter build.

With some tuning, hovering flight proved relatively easy to achieve. The inner four motors are used like a traditional quadcopter in this mode, constantly varying RPM to keep the craft stable. The outer two motors are then pivoted as needed for additional control authority.

In forward flight, pitch is controlled by adjusting the angle of the central four motors. Roll is achieved by tilting the rotors on either side of the plane’s central axis, and yaw control is provided by differential thrust. In the transitional period between modes, simple interpolation is used between both modes until transition is complete.

Outdoor flight testing showed the vehicle is readily capable of graceful forward flight much like a conventional fixed wing plane. In the hover mode, it just looks like any other multirotor. Overall, it’s a great demonstration of what it takes to build a successful tilt rotor craft.

We’ve seen tilt rotor UAVs before, and they’re as cool as they are complicated to build. Video after the break.

END_OF_DOCUMENT_TOKEN_TO_BE_REPLACED 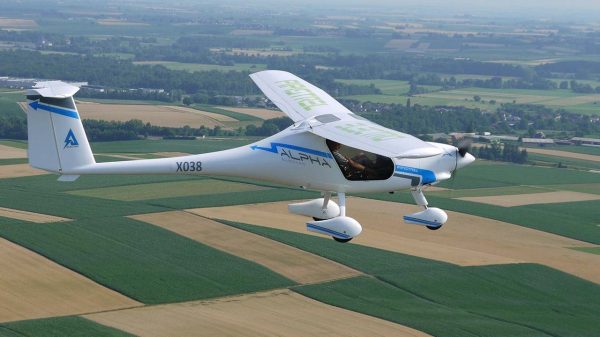 With climate protests and airline strikes occurring around the world, there is more awareness than ever before for the necessity of environmental sustainability. More importantly, there is more discussion around the immense carbon footprint left by the airline industry, perhaps one of the largest contributors to climate change worldwide.

The Slovenian-based Pipistrel ALPHA Electro is one of the leading electric planes today, with bragging rights as the world’s first mass-produced electric aircraft. While NASA may have announced their X-57 Maxwell, the plane is still undergoing testing for its first planned flight in 2020. The ALPHA Electro, marketed as a trainer plane for flight students and recreational flyers, features a 34’6″ wingspan and low running costs.

The two-person flyer is equipped with a 60 kW electric motor, with a cruising speed of about 157 km/hr. A 21 kW battery provides the plane with enough energy for a 55 minute flight, with a half hour reserve, and takes about an hour to charge back up. An additional perk of flying an electric plane is the low noise and zero CO2 emissions, which allows the flights to take place near large cities with exhaust and noise emission standards.

With airplanes, a majority of the fuel is used for takeoff and landing, making short haul flights particularly troublesome – compare 107 lbs CO2 flying from New York to Boston versus 62 lbs CO2 driving. While refraining from frequent flights is still the best idea for reducing your carbon footprint, we’re hopefully headed towards more environmentally-friendly options for air travel.

Check out the ALPHA Electro’s teaser video below.

END_OF_DOCUMENT_TOKEN_TO_BE_REPLACED

Not to be outdone, Popular Science published their Best of What’s New 2008 and packed it with videos and photo galleries. Inspiring inventions include the Pipistrel Taurus Electro, the longest-flying two-seated electric plane, the Intel Core 2 Duo Small Form Factor, which you can thank for the thinner laptops like Apple’s MacBook Air, and the GroundBot, a spherical robot that can roll through the mud, sand, and snow. It’s not even the end of the year yet, but with all these great inventions, we can’t wait to see what’s in store for 2009.