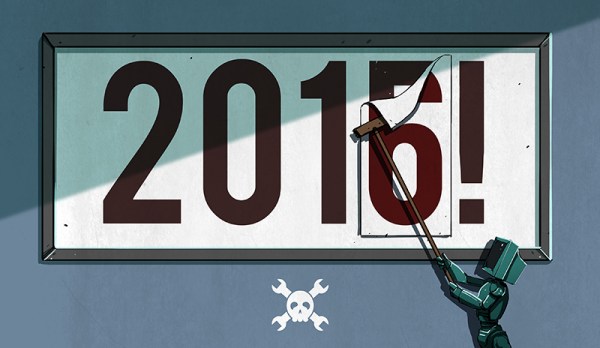 END_OF_DOCUMENT_TOKEN_TO_BE_REPLACED

Happy New Year and happy hacking to all. We had a great time last year exploring the creativity in the hacks that make the Internet a better place. Below you’ll find the nine most popular posts of the year here at Hackaday. Now’s the time to get working on that great project you’ve had in mind. Let us know once you’ve pulled it off and maybe you’ll be on this list next year!

Not to be outdone, Popular Science published their Best of What’s New 2008 and packed it with videos and photo galleries. Inspiring inventions include the Pipistrel Taurus Electro, the longest-flying two-seated electric plane, the Intel Core 2 Duo Small Form Factor, which you can thank for the thinner laptops like Apple’s MacBook Air, and the GroundBot, a spherical robot that can roll through the mud, sand, and snow. It’s not even the end of the year yet, but with all these great inventions, we can’t wait to see what’s in store for 2009.