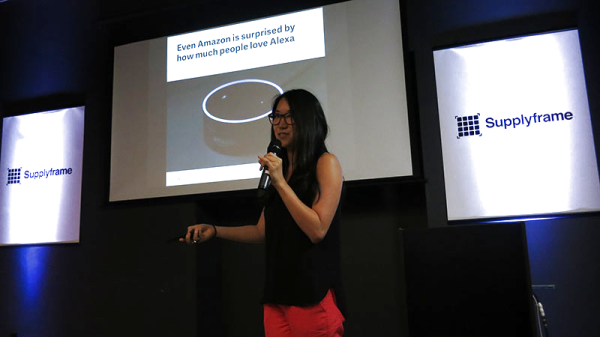 END_OF_DOCUMENT_TOKEN_TO_BE_REPLACED

Earlier this year we saw the Einstein robot that is being developed to facilitate human facial emotions in robots. [David Hanson], the man in charge of this project, has given a TED talk on his work that includes a show-and-tell of his most recent progress. We’ve embedded the video after the break for your enjoyment.

The Einstein robot (head only in this video) shows off the ability to recognize and mimic the facial emotions of the person in front of it. There is also video of a Bladerunner-esque robot looking around a room, recognizing and remembering the faces of the people it sees. [David] makes a very interesting proclamation: he’s trying to teach robots empathy. He feels that there is a mountain of R&D money going into robots that can kill and not much for those that can sense human emotions. His hope is that if we can teach empathy, we might not be annihilated when robots become smarter than us.

That’s not such a bad idea. Any way you look at it, this talk is interesting and we wish the five-minute offering was five-times as long. But [Mr. Hanson’s] facial hair alone is worth clicking through to see.