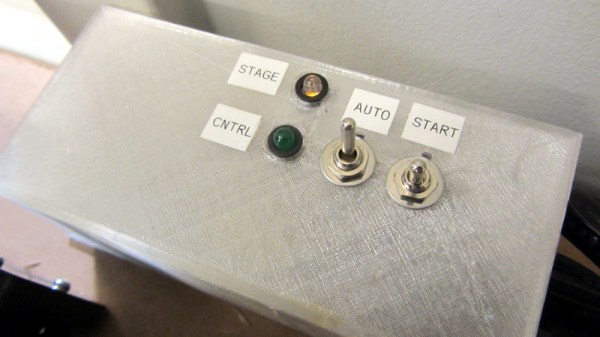 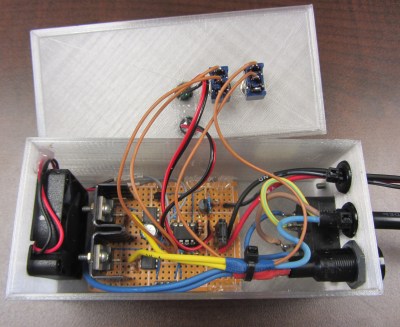 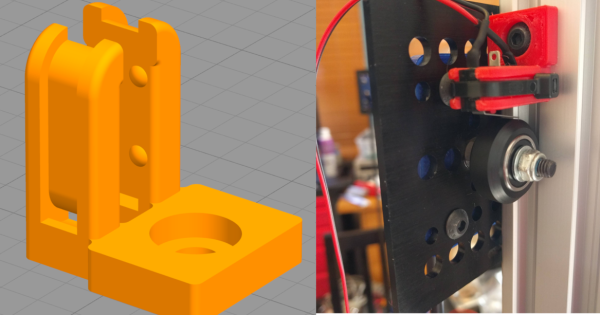 In the course of building a new delta printer, [thehans] decided he needed his own endstop design that used minimal hardware. Endstops are just switches that get hit when the printer moves at the extreme of an axis, but [thehans] wanted something with a bit of refinement for his BigDelta 3D Printer build.

The result is a small unit that cradles a microswitch and needs only a single zip tie that mounts flush, resulting in a super tidy looking piece. In addition, it mounts on the delta’s v-slot rails such that the mount does not take up any of the machine’s range of motion, because the carriage can travel past it. It is a parametric design made in OpenSCAD, so feel free to modify it to accommodate other types of switches.

END_OF_DOCUMENT_TOKEN_TO_BE_REPLACED

You know what’s cool? Using your engineering knowledge to solve problems that you have while building something. This is exactly what [Reinis] did when his 3D printer’s endstop wasn’t working.

Many of us automatically go to a microcontroller when we run into a problem with a sensor, but often a simple analog filter will do the trick. The endstop in [Reinis’s] RepRap style 3D printer was giving off an unusual amount of noise when closed. When he hooked the endstop up to his oscilloscope, he was shocked to see how much noise there really was. In comes the low-pass filter. Unhappy with the response time of his low-pass filter, [Reinis] solved the problem using a pullup resistor. Two resistors and a capacitor was all that he needed to fix the problem. A great solution!

How have you used analog filters in your projects? Send us a tip and let us know!