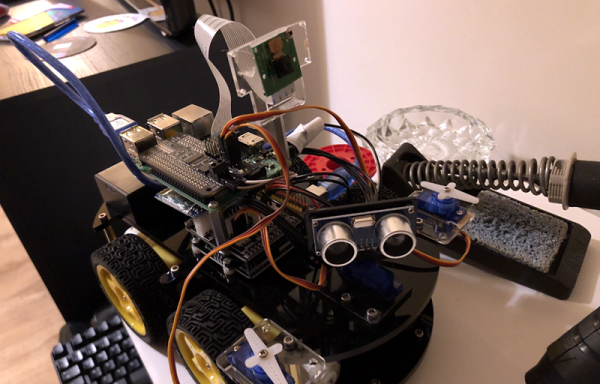 When [314Reactor] got a robot car kit, he knew he wanted to add some extra things to it. At about the same time he was watching a Star Trek episode that featured exocomps — robots that worked in dangerous areas. He decided to use those fictional devices to inspire his modifications to the car kit. Granted, the fictional robots were intelligent and had a replicator. So you know he won’t make an actual working replica. But then again, the ones on the TV show didn’t have all that either.

A Raspberry Pi runs Tensorflow using the standard camera.  This lets it identify objects of interest (assuming it gets them right) and sends the image back to the operator along with some identifying information. The kit already had an Arduino onboard and the new robot talks to it via a serial port. You can see a video about the project, below.