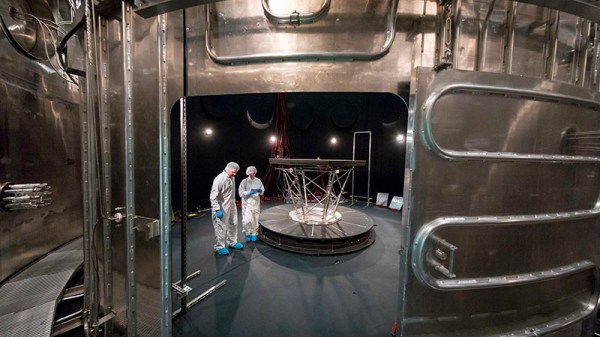 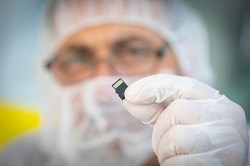 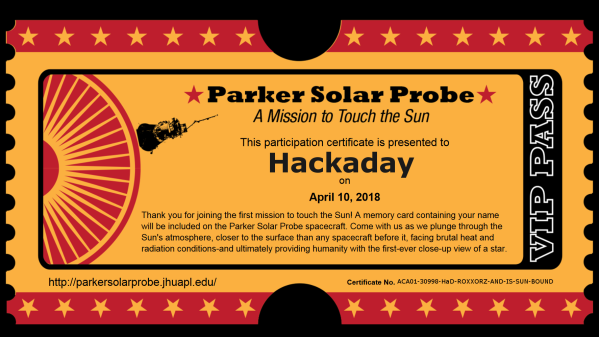 How often does NASA name a spacecraft after a living person? How often do you get to launch your name into a star? How often does NASA send probes to explore the sun? If your answer to all these questions is NEVER, then you win the honor of adding your name to an SD card bound for the center of our solar system. We’re already on the list with [William Shatner] so we’ll see you there. Submissions for the hot list aboard the Parker Solar Probe close on April 27th, 2018 and it launches in May.

The Parker Solar probe honors living astrophysicist [Eugene Parker] who theorized a great deal about how the sun, and other stars, emit energy. His work has rightly earned him the honor of seeing his name on a sun-bound probe. We even owe the term, “solar wind” to [Parker].

To draw more attention, you can have a few bits aboard this probe dedicated to you or someone you care about by adding your name to their list. Or you can send the name of your greatest enemy into the hottest furnace for millions of miles. Your call.

Even though our sun is the most prominent heavenly body, NASA hasn’t sent a probe to explore it before. They are good about sharing their models and they really know how to write standards for workmanship.