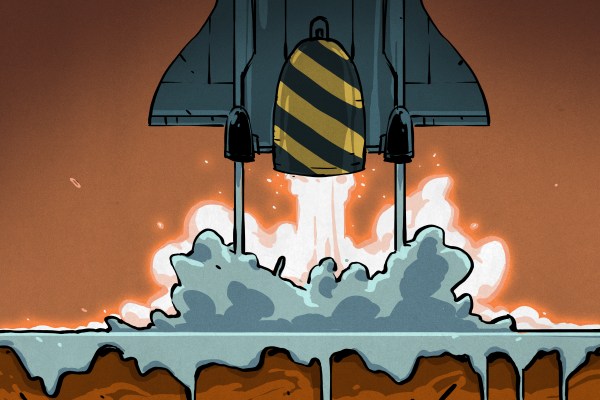 Because of the architecture used for the Apollo missions, extended stays on the surface of the Moon weren’t possible. The spartan Lunar Module simply wasn’t large enough to support excursions of more than a few days in length, and even that would be pushing the edge of the envelope. But then the Apollo program was never intended to be anything more than a proof of concept, to demonstrate that humans could make a controlled landing on the Moon and return to Earth safely. It was always assumed that more detailed explorations would happen on later missions with more advanced equipment and spacecraft.

Now NASA hopes that’s finally going to happen in the 2020s as part of its Artemis program. These missions won’t just be sightseeing trips, the agency says they’re returning with the goal of building a sustainable infrastructure on and around our nearest celestial neighbor. With a space station in lunar orbit and a permanent outpost on the surface, personnel could be regularly shuttled between the Earth and Moon similar to how crew rotations are currently handled on the International Space Station.

Naturally, there are quite a few technical challenges that need to be addressed before that can happen. A major one is finding ways to safely and accurately deliver multiple payloads to the lunar surface. Building a Moon outpost will be a lot harder if all of its principle modules land several kilometers away from each other, so NASA is partnering with commercial companies to develop crew and cargo vehicles that are capable of high precision landings.

But bringing them down accurately is only half the problem. The Apollo Lunar Module is by far the largest and heaviest object that humanity has ever landed on another celestial body, but it’s absolutely dwarfed by some of the vehicles and components that NASA is considering for the Artemis program. There’s a very real concern that the powerful rocket engines required to gracefully lower these massive craft to the lunar surface might kick up a dangerous cloud of high-velocity dust and debris. In extreme cases, the lander could even find itself touching down at the bottom of a freshly dug crater.

Of course, the logical solution is to build hardened landing pads around the Artemis Base Camp that can support these heavyweight vehicles. But that leads to something of a “Chicken and Egg” problem: how do you build a suitable landing pad if you can’t transport large amounts of material to the surface in the first place? There are a few different approaches being considered to solve this problem, but certainly one of the most interesting among them is the idea proposed by Masten Space Systems. Their experimental technique would allow a rocket engine to literally build its own landing pad by spraying molten aluminum as it approaches the lunar surface.