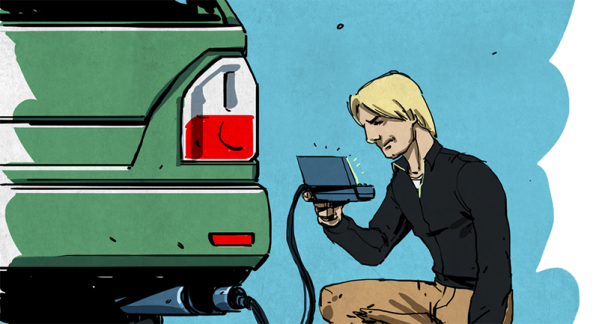 With the summer’s big security conferences over, now is a good time to take a look back on automotive security. With talks about attacks on Chrysler, GM and Tesla, and a whole new Car Hacking village at DEF CON, it’s becoming clear that autosec is a theme that isn’t going away.

Up until this year, the main theme of autosec has been the in-vehicle network. This is the connection between the controllers that run your engine, pulse your anti-lock brakes, fire your airbags, and play your tunes. In most vehicles, they communicate over a protocol called Controller Area Network (CAN).

An early paper on this research [PDF] was published back in 2010 by The Center for Automotive Embedded Systems Security,a joint research effort between University of California San Diego and the University of Washington. They showed a number of vulnerabilities that could be exploited with physical access to a vehicle’s networks.

A number of talks were given on in-vehicle network security, which revealed a common theme: access to the internal network gives control of the vehicle. We even had a series about it here on Hackaday.

The response from the automotive industry was a collective “yeah, we already knew that.” These networks were never designed to be secure, but focused on providing reliable, real-time data transfer between controllers. With data transfer as the main design goal, it was inevitable there would be a few interesting exploits.

END_OF_DOCUMENT_TOKEN_TO_BE_REPLACED

[Andy] has provided us with his new guide to hacking the OnStar GPS. Previously, we have covered a way to grab the GPS data from an unused OnStar system, however in recent years GM has added much more complex systems, which make it harder than swapping out a serial line. For the new version, [Andy] has figured out GM’s Controller Area Network (CAN), which they call GMLAN. He has also done most of the software snooping and sleuthing, and has mostly solved GMLAN’s method of announcing GPS data. There is sample code available to convert this information into generic latitude and longitude.

Unfortunately for the project, (and very fortunately for [Andy]), he has a child on the way and new job responsibilities, so he is offering up his results to the HaD community to finish up, double check, and provide a good how-to for everyone else. To anyone who decides to pick up this project and run with it, let us know!