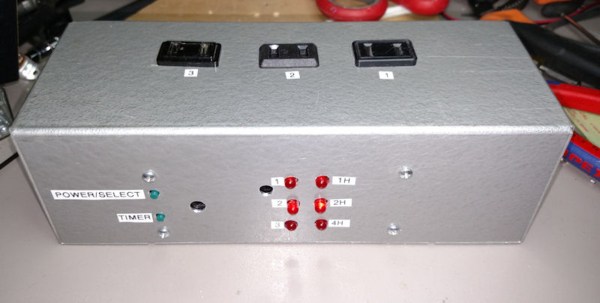 The most brilliant hacks we see aren’t always the thousand-dollar, multi-year projects spanning every facet of engineering. Rather, the most ingenious projects are ones that take an everyday thing and use it in a simple but revolutionary way. By that measure, it’ll be hard to top [Robert]’s latest hack which uses the controller board from an everyday oscillating fan to build a three-way remote-controlled relay board.

Most oscillating fans have a speed selector switch. What that does might be somewhat different between different types of fan, but in general it will select either a smaller portion of the fan’s motor to energize or switch in a resistor which will have the same speed-lowering effect. [Robert]’s fan had little more than a triple-throw switch on the control board, so when he decided the fan wasn’t worth keeping anymore, he was able to re-purpose the control board into a general-use relay. As a bonus, the fan could be controlled by infrared, so he can also remote control whatever he decides to plug into his new piece of equipment.

While this simple hack might not change the world, it may give anyone with an old fan some ideas for other uses for its parts. If you want to do a little more work and get the fan itself running again, though, it is possible to rebuild the whole thing from the ground up as well. 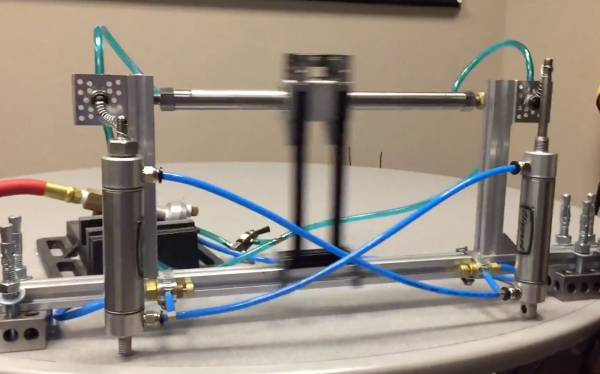 It’s true that a lot of the projects we feature here (and build ourselves) are created to accomplish some sort of goal. But, many times the project itself is the goal. That’s the case with [Proto_G’s] self-oscillating pneumatic machine, which he built with no particular use in mind.