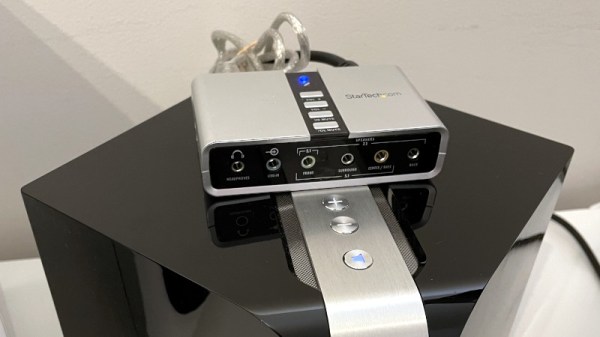 We remember when getting Linux on your average desktop computer was a tricky enough endeavor that only those with the most luxurious of graybeards would even attempt it. A “Linux box” in those heady days was more than likely an outdated machine salvaged from the dumpster, side panel forever removed, cranking away in a basement or garage. Fast forward today, and Linux is literally everywhere: from smartphones and luxury cars, to TVs and refrigerators. Ironically it’s still not on most desktop computers, but that’s a discussion for another time.

So when [Michael Nothhard] sent in the fascinating account of how he hacked his Linux-powered Bluesound Powernode N150 amplifier to unlock more inputs, the least surprising element was that there was a “smart amplifier” out there running the free and open source operating system. What piqued our interest was that he was able to bust his way in with relative ease and enable some impressive new capabilities that the manufacturer would probably have rather been kept under wraps.

[Michael] explains that the N150 has a USB port on the back side of it, and that officially, it only works with mass storage devices and a handful of approved peripherals such as a Bluetooth dongle. But as he was hoping to connect some more devices to the input-limited amplifier, he wondered if he could get a USB audio adapter recognized by the OS. After using a known exploit to get root access, he started poking around at the underlying Linux system to see what kind of trickery the developers had done.

Based on a fairly common C-Media CM6206 chipset, the StarTech 7.1 USB audio adapter was picked up by the kernel without an issue. But to actually get it working with the amplifier’s stock software, he then needed to add a new <capture> entry to the system’s sovi_info.xml configuration file and make some changes to its default ALSA settings. With the appropriate files modified, the new USB audio input device popped up under the official Bluesound smartphone application.

At the end of the write-up [Michael] notes that you’ll need to jump through a few additional hoops to make sure that an upstream firmware update doesn’t wipe all your hard work. Luckily it sounds like backing up the configuration and returning it to the newly flashed Powernode is easy enough. We’ve certainly seen more elaborate methods of gaining control of one’s sound system over the years. 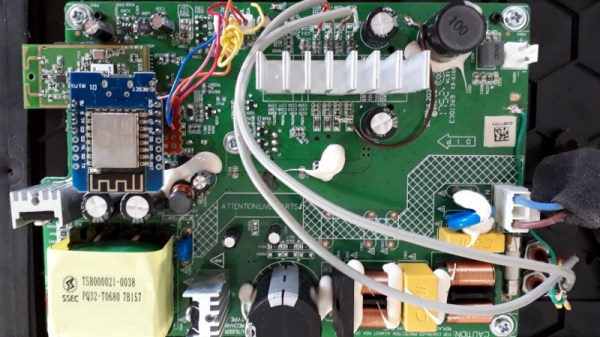 It’s no secret that the hardware devices we buy are often more capable than their manufacturer leads on. Features hidden behind firmware locks are a common trick, as it allows companies to sell the same piece of gear as a different model by turning off certain capabilities. Luckily for us, these types of arbitrary limitations are often easy to circumvent.

As a perfect example, [Acuario] recently discovered that the LG SJ2 sound bar has quite a few features that aren’t advertised on the box. Whether it’s due to greed or just laziness, it turns out LG isn’t using many of the capabilities offered by the ESMT AD83586B IC inside the amplifier. The chip gets its configuration via I2C, so thanks to the addition of an ESP8266, the expanded capabilities can now be easily enabled through a web interface. 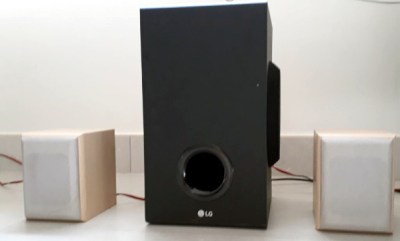 [Acuario] has already found out how to turn on things like simulated surround sound, or per-channel volume controls; all functions which aren’t even exposed through the normal controls on the sound bar. But it goes deeper than that. The LG SJ2 is a 2.1 channel system, with a wireless speaker providing the right and left channels. But the AD83586B inside the subwoofer is actually capable of driving two locally connected speakers, though you obviously need to do a little rewiring.

There are still even more capabilities to unlock, though [Acuario] is currently struggling with some incomplete documentation. The datasheet says there’s support for user-defined equalizer settings, but no examples are given for how to actually do it. If anyone’s got a particular affinity for these sort of amplifier chips, now could be your time to shine.

For hackers, there’s perhaps no better example of feature-locked products than Rigol’s line of oscilloscopes. From the 2000 series of scopes in 2013 up to their higher-end MSO5000 just last year, there’s a long history of unlocking hidden features on these popular tools. 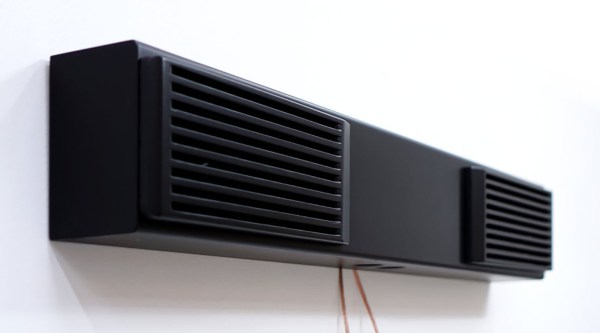 Everyone should build a speaker cabinet at least once in their life, if only so they can realize how much thought goes into building a simple box. [John] of ibuildit.ca wanted a sound bar for his home theater setup, and that means building a sound bar. The result is beautiful, and a demonstration of how much you can do with just a router and a table saw.

[John] built this sound bar almost entirely out of MDF, which isn’t the best material but it works well enough for a speaker cab that’s meant to be mounted to a wall. The sides were constructed first, with a rabbet holding the front and back on. Both the woofer and tweeter are inset into the front, and a standard piece of plumbing pipe serves as the bass port. Slap a round over bit into the router and do some light sanding, and everything looks great with a coat of black paint.

As with any speaker enclosure, the design is effectively parametric, designed entirely around the drivers being used. In this case, [John] is using a spreadsheet named ‘Unibox’ that gives you all the formulas and graphs for designing a speaker enclosure.

With the box built and the speakers installed, the only matter left were a few aesthetic choices. [John] went with a standard black finish with a very nice wooden grille held onto the front with magnets. It’s a design that pops, but the true test of a speaker is how it sounds. That’s a bit hard to convey over the Internet, but [John] included a few sound samples at the end of the build video, available below.