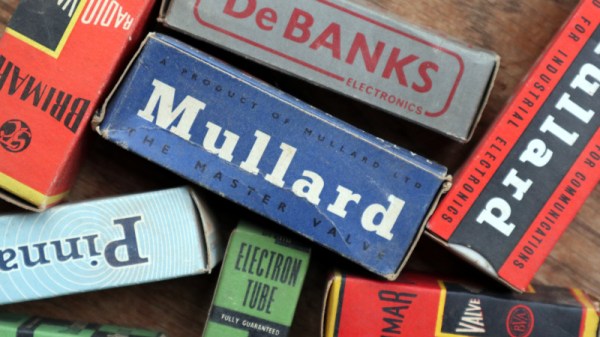 For most of us, electronic technology comes in the form of solid state devices. Transistors, integrated circuits, microcontrollers. But for the first sixty years or so of the field existing, these devices either hadn’t been invented yet or were at too early a stage in their development to be either cost-effective, or of much use. Instead a very different type of electronic component ruled the roost, the vaccum tube.

A set of electrodes in an evacuated glass envelope whose electrical properties depended on the modulation of the flow of electrons through them, these were ubiquitous in consumer electronics up until the 1960s, and clung on in a few mass-market applications even as far as the mid 1970s. As cheaper and more versatile semiconductors superseded them they faded from electronic parts catalogues, and the industry that had once produced them in such numbers disappeared in favour of plants producing the new devices. Consumer products no longer contained them, and entire generations of engineers grew up never having worked with them at all. If you were building a tube amplifier in the early 1990s, you were a significant outlier. END_OF_DOCUMENT_TOKEN_TO_BE_REPLACED