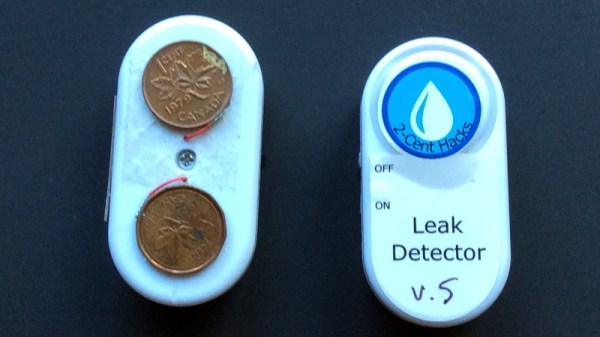 But with a little rewiring and two Canadian pennies serving as contacts, the alarm has been converted to a water detector that can be placed around potential leaky appliances like the water heater or in areas where you want to be alerted to water accumulation such as sumps. They’re basically “set and forget”, as [dB] says the three LR44 batteries used in the alarms should last about two years. Though with a BOM of $1.02 CAD, it’s probably cheaper to just make multiples and throw them out when the batteries die. END_OF_DOCUMENT_TOKEN_TO_BE_REPLACED