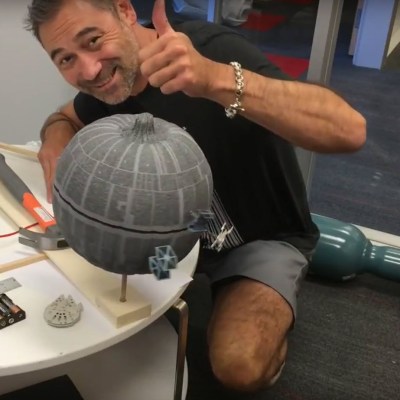 And of course to see the final production of “Return of the Pumpkin” you’ll have to head over to Music Meets Video where you can also vote on the project if you so choose.

If want to see more Star Wars themed pumpkins (we expect there will be a lot this year), you can’t forget this awesome R2D2 pumpkin — complete with pico projector! We want to see many more pumpkin hacks so please tip us off about the ones you’ve seen are are working on right now!

[Thanks for the tip Slapplebags]

5 thoughts on “That’s No Moon Pumpkin, It’s A Space Station”