Y Combinator has seen a ton of success with incubating startup companies. You’ve certainly heard of several notables, like reddit, Airbnb, and Dropbox. But in all, they’ve funded 940 companies with a total investment of about $65 billion. The standard offer is $120,000 for 7% of the startup, and the majority of the companies have been software oriented. But times are changing, and that’s why Y Combinator has Luke on board as the Director of Hardware.

Being a hardware startup is a bit more difficult than being a software startup, if for no other reason than you must create something tangible. This has different challenges from creating an intangible, like a social network, and so advice from a software company doesn’t always translate to hardware startups. To help, Luke offers seven things in his talk that Hardware Startups should live by: make, show, iterate, sell, grow, tell, and fail. 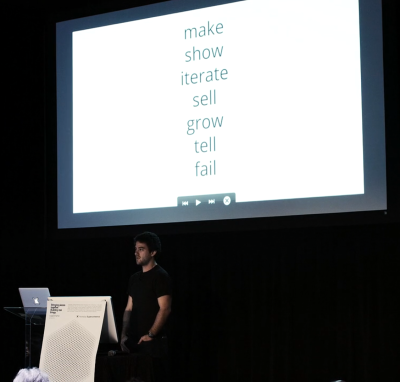 We won’t go into everyone one of those, that’s why he gave the talk which you can see above. But cherry picking a few tidbits is always fun. Perhaps the best advice is not to be the “man with a plan”. A hardware company isn’t anything until there’s an actual piece of hardware in existence. Don’t make the mistake of trying to grow your startup without first building a piece of hardware, no matter what state of disfunction it may be in. He mentions that most of the hardware companies that did get picked up in the program had prototypes which were only marginally working, but improved over time.

Don’t forget to sell your stuff. That seems stupid to say out loud, right? But Luke’s point is that many companies wait far too long to begin selling. Trend setters want to be the first, and if you get pre-market hardware into the hands of the mega-fans it shows that you can move product, and may result in feedback that is useful when moving to market.

Continuing with this simple thinking is branding. One key to being successful is to get people to buy your hardware. If there’s not a lot to set it apart from other offerings, building a strong brand could be the keystone that keeps your product from collapsing. Of course “fail” is the final thing of Luke’s seven, so don’t be afraid of that collapse. There are always more ideas out there and Y Combinator success stories frequently come from previously rejected applications and failed companies of the past.

If you’re still hungry for more once you’ve seen Luke’s talk, look over the advice Greg Charvat put out there earlier this week for being the Hardware Engineer at a Startup.

3 thoughts on “How Y Combinator Brings Hardware Startups To Life”