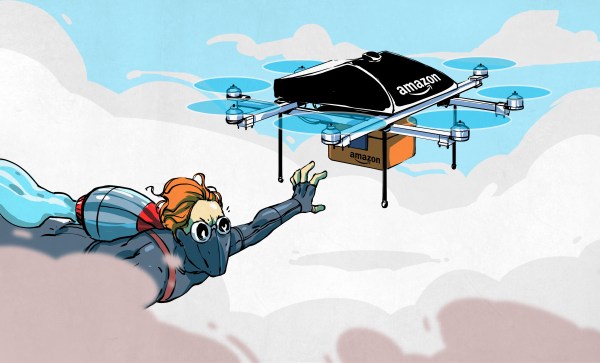 END_OF_DOCUMENT_TOKEN_TO_BE_REPLACED

The Compute Module 3 comes with four gigabytes of eMMC Flash and sells for $30 on element14 and RS Components. There’s also a cost-reduced version called the Compute Module 3 Light that forgoes the eMMC Flash and instead breaks out those pins to the connector, allowing platform integrators to put an SD card or Flash chip on a daughter (mother?) board. The CM3 Lite version sells for $25. END_OF_DOCUMENT_TOKEN_TO_BE_REPLACED

There are a host of tiny plug-top computers available for the experimenter who requires an all-in-one mains-powered computing platform without the annoyance of a full-sized PC or similar. But among the various models there has always been something missing, a plug-top Raspberry Pi. To address that gap in the market, [N-O-D-E] has created a fusion of Pi and plug using the official Raspberry Pi PSU accessory and a Raspberry Pi Zero, with a UUGear Zero4U USB hub sandwiched between the two.

It’s a pretty straightforward and simple build, the back of the PSU is formed into a flat surface with a bit of Sugru, then the power cable is stripped back to its wires which are then connected to the power pins on the USB hub. The hub is then attached to the Sugru — he doesn’t say how, but we suspect double-sided tape — and the Pi is mounted on top of the hub. Pogo pins make the required connections to the pads on the underside of the computer, so it can be removed and replaced at will.

The result is a useful addition to your Pi arsenal, one that could be used for a host of little stand-alone devices. It could use a cover, however we suspect a 3D printer owner could create themselves one with relative ease. The full description is shown in the video below the break.