We’ve brought you a variety of stories over the years covering the interface between multirotor fliers and the law, and looked at the credibility gap between some official incident reports and the capabilities of real drones. In the news this week is a proposed new law in front of the British House of Commons that would bring in a licensing scheme for machines weighing over 250 g, as well as new powers to seize drones. We’ve previously told you about the consultation that led up to it, and its original announcement.

As a British voter with some interest in the matter, I decided to write to my Member of Parliament about it, and since my letter says what I would have written to cover the story anyway it stands below in lieu of the normal Hackaday article format. If you are a British multirotor flier this is an issue you need to be aware of, and if you have any concerns you should consider raising them with your MP as well. END_OF_DOCUMENT_TOKEN_TO_BE_REPLACED 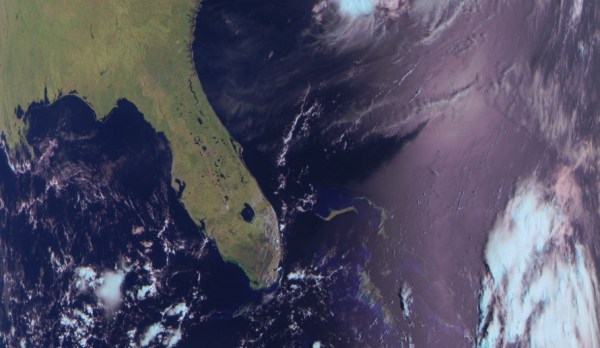 The Soviet Union took the world by surprise when it sent its Sputnik satellite into low earth orbit way back in 1957. The event triggered a space race between the Soviets and the United States and ushered in technologies that would go on to touch the lives of every human on earth. Today, several nations have a space program. And one of the more useful things to put in orbit are weather satellites.

In 2014, the Russians launched their Meteor N M-2 weather satellite into a polar orbit. The part that were most interested in is the fact that it transmits images at 137.1 MHz using the standard LRPT protocol. However, the newer Meteor N M-2 transmits images at twelve times the resolution of US NOAA satellites. No typo there –  that’s twelve (12!) times. Have we got your attention now?

We shouldn’t have to tell you to jump on over to [phasenoise’s] blog which gives you everything you need to start grabbing some of these awesome images.

Now, before you get your jumper wires in a bunch – we are well aware that receiving satellite images is nothing new.

Thanks to [Roy Tremblay] for the tip!

[Robin Reiter] needed a better way to show off his work. He previously converted an electric TV stand into a full 360-degree display turntable, but it relied on an external power supply to get it spinning. It was time to give it an upgrade.

Putting his spacial organization skills to work, [Reiter] has crammed a mini OLED display, rotary encoder, a LiPo 18650 battery and charging circuit, a pair of buck converters, a power switch, and an Arduino pro mini into the small control console. To further maximize space, [Reiter] stripped out the pin headers and wired the components together directly. It attaches to the turntable in question with magnets, so it can be removed out of frame, or for displaying larger objects!

When first powered on, the turntable holds in pause mode giving [Reiter] time to adjust the speed and direction. He also took the time to add an optical rotary encoder disk to the turntable and give the gearing a much needed cleaning. Check out the project video after the break!