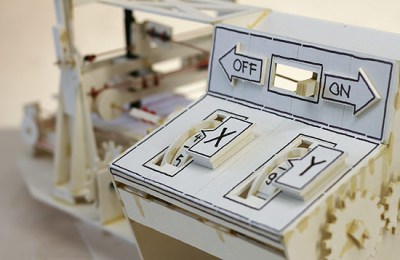 [Thanks to Setvir for the tip.]

14 thoughts on “Tiny Plotter Is Made Of Strings And Cardboard”