At the turn of the 21st century, it became pretty clear that even our cars wouldn’t escape the Digital Revolution. Years before anyone even uttered the term “smartphone”, it seemed obvious that automobiles would not only become increasingly computer-laden, but they’d need a way to communicate with each other and the world around them. After all, the potential gains would be enormous. Imagine if all the cars on the road could tell what their peers were doing? 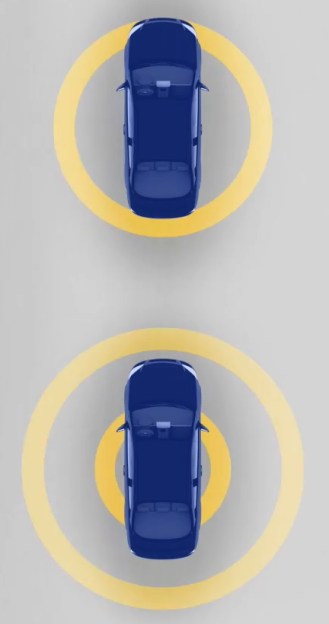 Forget about rear-end collisions; a car slamming on the brakes would broadcast its intention to stop and trigger a response in the vehicle behind it before the human occupants even realized what was happening. On the highway, vehicles could synchronize their cruise control systems, creating “flocks” of cars that moved in unison and maintained a safe distance from each other. You’d never need to stop to pay a toll, as your vehicle’s computer would communicate with the toll booth and deduct the money directly from your bank account. All of this, and more, would one day be possible. But only if a special low-latency vehicle to vehicle communication protocol could be developed, and only if it was mandated that all new cars integrate the technology.

Except of course, that never happened. While modern cars are brimming with sensors and computing power just as predicted, they operate in isolation from the other vehicles on the road. Despite this, a well-equipped car rolling off the lot today is capable of all the tricks promised to us by car magazines circa 1998, and some that even the most breathless of publications would have considered too fantastic to publish. Faced with the challenge of building increasingly “smart” vehicles, manufacturers developed their own individual approaches that don’t rely on an omnipresent vehicle to vehicle communication network. The automotive industry has embraced technology like radar, LiDAR, and computer vision, things which back in the 1990s would have been tantamount to saying cars in the future would avoid traffic jams by simply flying over them.

In light of all these advancements, you might be surprised to find that the seemingly antiquated concept of vehicle to vehicle communication originally proposed decades ago hasn’t gone the way of the cassette tape. There’s still a push to implement Dedicated Short-Range Communications (DSRC), a WiFi-derived protocol designed specifically for automotive applications which at this point has been a work in progress for over 20 years. Supporters believe DSRC still holds promise for reducing accidents, but opponents believe it’s a technology which has been superseded by more capable systems. To complicate matters, a valuable section of the radio spectrum reserved for DSRC by the Federal Communications Commission all the way back in 1999 still remains all but unused. So what exactly does DSRC offer, and do we really still need it as we approach the era of “self-driving” cars?

Saying that this technology is “WiFi for cars” isn’t just some oversimplified sound byte for marketing purposes, that’s precisely what it is. Officially designated IEEE 802.11p, DSRC is an amendment to the WiFi standards which make it more suitable to the unique challenges of automotive applications. Communication between vehicles or between a vehicle and a stationary object on the side of the road needs to be very low-latency, relatively short ranged so as not to overwhelm the system with irrelevant data, and be able to cope with exceptionally short windows in which it can transmit data. This specific combination of requirements is not easy to meet, and is arguably one of the major reasons that we’ve yet to see any significant DSRC roll out after all these years. 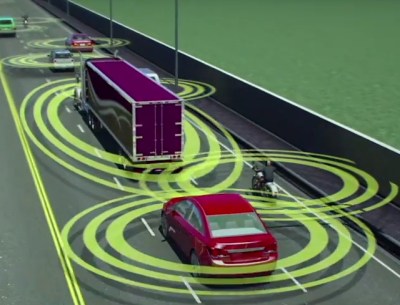 In the most basic implementation, a vehicle supporting DSRC is supposed to beacon out its speed and GPS coordinates up to ten times per second to a range of 300 – 500 meters. If even just half of the vehicles on the road were equipped with such beacons, you could imagine the deluge of data that would be pouring into your vehicle’s computer while driving down the highway. Vehicles on the opposite side of the highway or on the surrounding surface streets will go in and out of range within a matter of seconds, and even though the data they transmit will almost certainly be irrelevant to the operation of your own vehicle, it all still needs to be analyzed and categorized. On your side of the highway there might be some actionable data hiding in the sea of telemetry, but processing all of that information fast enough to do anything about it is no small feat.

With all of this data flying around, the traditional WiFi association process is out of the question, there’s simply no time to wait. Because of this, DSRC devices do away with unique basic service set identifiers (BSSIDs), and instead use a wildcard ID to match all potential receivers. This also means that the normal security considerations of WiFi such as encryption are also unavailable, so DSRC devices would need to implement any sort of authentication or data verification at a higher level.

The more security-minded reader might take pause at this point and consider what would happen if somebody deployed a rogue DSRC transmitter. Could that person send out a signal that mimicked a car stopped in the middle of a busy intersection, and bring traffic to a standstill? If hackers can build a functioning Tesla Model S out of the parts recovered from the junkyard, how long until somebody hooks a DSRC module up to an Arduino and starts wreaking havoc on our roads?

At the same time, the pessimistic reader will turn their mind to the cars on the road that don’t have a DSRC system installed. Sure, your DSRC vehicle will respond to the slowdown of another DSRC vehicle, but even if we mandated that all vehicles made from this day forward must support the technology, it would still be decades before even half the cars on the road could be counted on to helpfully beacon out their current status to anyone who cares to listen. A system that can only avoid a collision with a select few cars on the road sounds like a recipe for building a false sense of security in drivers.

Unfortunately, neither group is likely to be happy with the official answer in this case. As explained by Motor and Equipment Manufacturers Association (MEMA) Chief Technology Officer Brian Daugherty in an interview with Viodi, the modern view of DSRC is that of a supplement to contemporary collision avoidance systems which rely on radar or other technologies which can detect passive objects:

These systems have their most value when you get a warning from a vehicle that’s stopped in the road ahead or slamming on their brakes down the road ahead of you that you might not be able to see, but now that your radar systems or your camera systems start to perceive that something is stopping in front of you, that combined with the additional knowledge that somebody said “Yes I am stopping” in front of me, now together with that data fusion, you’re able to take action.

In other words, DSRC can’t actually be relied on to prevent collisions on its own. Whether it’s because somebody spoofed the signal or because the car in front of your doesn’t have a transmitter, that fact your car is or isn’t receiving a “STOP” signal from the DSRC network can’t be trusted to have any relation to what’s actually happening on the road ahead of you.

So if even those in the industry admit that DSRC information needs to be cross-referenced with other sensors before a vehicle’s on-board computer can decide to act on it, you have to wonder what the advantage is. After all, radar and LiDAR systems don’t require a secondary data stream to engage the brakes in the anti-collision systems currently on the market. Adding DSRC to one of these systems would at best give them a secondary confirmation that a collision is imminent, but it would do nothing to prevent or even reduce false positives.

Due to this uncertainty as well as the potential for additional cost to consumers, in 2017 the White House and Department of Transportation officials expressed doubt about pushing ahead with a mandate that would require all newly manufactured cars and light trucks to include DSRC capability. The DOT doesn’t deny that vehicle to vehicle communication has the potential to save lives and ease traffic, but the official position is there are simply too many other factors to consider before requiring auto manufacturers to implement the technology. Without such a mandate, it’s highly unlikely DSRC will ever reach the adoption rate necessary to become truly useful on the road.

But the biggest threat to DSRC might not come from a lukewarm White House or an evolving automotive industry; it could be our insatiable desire for high speed wireless Internet. That’s because there’s another trait that DSRC shares with WiFi: the frequencies they operate on. Or at least, they could operate on.

In October 1999, the FCC reserved the frequencies between 5.850 and 5.925 GHz for “intelligent transportation systems” such as DSRC. Within that slice of the spectrum there are ten channels, one of which is dedicated to high priority collision avoidance messages. Twenty years ago, this probably seemed like a nice quiet part of the spectrum to tuck away this potentially lifesaving service.

But today it has a very noisy neighbor. In accordance with the FCC’s 1999 decision, the highest frequency WiFi channel in the United States has a center frequency of 5.845 GHz. The fact that there are more WiFi channels to be had if DSRC wasn’t sitting in the middle of the proverbial road hasn’t gone unnoticed by telecom companies, and they’ve been hounding the FCC to reevaluate the situation. The argument goes that DSRC has had more than enough time to catch on and prove that it deserves exclusive rights to what’s ended up being a highly valuable part of the spectrum. They contend that any communications cars need to do can be done on LTE or next generation cellular technologies.

For their part, the DOT doesn’t want to give up 5.9 GHz without a fight. They acknowledge the need for more WiFi channels, but say that even the limited use of DSRC in some areas of the US means it needs to stay put. They propose working with the FCC and related agencies to explore technology which would allow WiFi and DSRC to coexist on the same frequencies, so long as DSRC is given priority over people streaming the latest season of Stranger Things on Netflix.

There’s no question that DSRC and related vehicle to vehicle communication technologies haven’t made much headway in the United States, but to be fair, we’re only just now seeing cars that are smart enough to make much use of it. No matter which side of the self-driving car debate you’re on, the fact of the matter is that vehicles with robust anti-collision systems have been unavailable to most consumers until the last few years.

At this point, it’s hard to say what the future of DSRC really is. The current White House Administration has certainly put the technology on the back burner, but they haven’t given up on it either. Experiments with spectrum sharing between DSRC and WiFi have so far been promising, so it looks fairly likely that in the next few years all involved parties will get what they want. Hindsight tells us we didn’t need DSRC in 1999, 2009, or even 2019. But by 2029, our cars might finally be on speaking terms with each other.

77 thoughts on “When Will Our Cars Finally Speak The Same Language? DSRC For Vehicles”