Power at the Edge

There are a number of current and upcoming Ryzen-based devices, which AMD apparently wants to call “Mini PCs” to distance themselves from the NUC terminology, and the common goal between them all is simple: to pack as much computing power as possible into a small and rugged case. Rather than the sleek consumer-friendly outward appearance that many Intel NUCs have, these first-generation AMD powered boxes have a distinctive industrial look. It seems the manufacturers most interested in putting Ryzen chips in their small form-factor computers expect them to live a very harsh life.

In fact many of the announced computers, built by relatively small firms like ASRock and OnLogic, make it clear they’re not intended for consumer use. These machines are designed for commercial applications such as driving high-resolution digital signage, or for use in communication networks. You aren’t supposed to be putting one of these things under your TV, and it shows.

All of these Mini PCs are part of the growing trend towards “Edge Computing”, where powerful processors and large amounts of RAM are brought closer to where they’re needed instead of being accessed remotely. Rather unsurprisingly, the need for an always-on broadband Internet connection can be a problem in many applications. If this sounds an awful lot like how we used to do things before “The Cloud” took over, you wouldn’t be wrong.

While there already seems to be a healthy number of entries into AMD’s new Mini PC ecosystem, one thing seems painfully missing: a product we can actually afford to hack on. 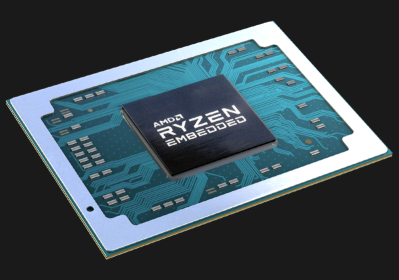 Being that these devices primarily target industrial and commercial applications, they unfortunately have a sticker price to match. For even a relatively barebones AMD Mini PC, the starting price looks to be around $500. Granted pricing and availability on several of the upcoming models isn’t currently available, but with just a glance at their construction and specs, it’s painfully obvious that the lowly hardware hacker isn’t the target audience.

This is obviously disappointing for those of us looking for something to roll into our projects immediately, but it’s important to remember that competition doesn’t always develop overnight. With their push into the small-form factor market, AMD is getting an overdue foot in the door. It’s logical that the first wave of machines would target where the money is, but as production of Ryzen Embedded chips ramp up, it seems inevitable that other companies will see the opportunity to spin off more consumer oriented products to put them in.