Back on Earth, the star tracker concept has become quite popular among photographers who try to image the night skies. Even in your living room,  VR systems also rely on knowing the position of the user’s body and any peripherals in space. In this article we’ll take a look at the history and current applications of this type of position tracking.

Celestial navigation has been practiced for thousands of years. In theory, all you need is your eyes and some knowledge of how the Sun, Moon and stars move in the skies throughout the seasons to get a sense of direction. But this doesn’t tell you your position on the Earth’s surface.

For most of human history, ships would stay within sight of the coast and rarely cross large bodies of water. When they did crossings, they would often use dead reckoning, using one’s known position, heading and speed. Although the concept of latitude had been around for a while, measuring latitude accurately required angle-finding instruments, such as an astrolabe, invented around 200 BC, or a sextant, invented in the 16th century.

An astrolabe, sextant, or similar measures the angles between known celestial bodies, from which the latitude can be deduced. The determining of longitude was a major question that ultimately came down to having an accurate clock, as longitude and solar time are directly related. The invention of timepieces that were both accurate and could be used on a ship or moving vehicle would not be solved until the 19th century when they became reliable and affordable enough that alternatives (lunar distance method) fell out of favor.

Although navigating in the mindbogglingly massive vacuum of space may seem harder than navigating on Earth, essentially the same principles apply. The most important thing is to have at least one point of reference. In the case of Earth-based navigation, this can be the Sun, the Moon or any bright star with a known trajectory and location in the sky.

For a space probe, the common metaphor of ‘sailing the ocean of stars’ is rather apt when it comes to navigation. The Attitude and Articulation Control Subsystem (AACS) as it is known on the Voyager, Cassini, and other spacecraft form the core of the navigation and positioning system. In the case of Cassini, it uses a number of sensors, including Stellar Reference Units (SRU), Inertial Reference Units (IRU) and Sun sensors (SSA). These SRUs are CCD-based star trackers that together with the other units keep the spacecraft aware of its relative position in space.

The Voyager spacecraft use a similar AACS system, as did other spacecraft in the past and probes after Voyager 1 and Voyager 2. For attitude reference, star trackers, star scanners, solar trackers, sun sensors, and planetary limb trackers are used. Voyager’s AACS uses a sun sensor for yaw and pitch reference, and a star tracker to continuously track a bright star at right angles for roll reference. Galileo references a star scanner that rotates with the spinning part of the spacecraft. Magellan used a star scanner to obtain a fix on two bright stars during a special maneuver every few orbits.

It isn’t just in space where star trackers are useful, either. In order to take photographs of the Milky Way and the night sky, the film or camera sensor requires long exposure times in order to gather sufficient light from the (faint) star light. Because the Earth rotates continuously, the position of the stars is shifting, and this makes a blurred mess over even a ten second exposure time, let alone half a minute or longer. In the old days, rotating the camera or telescope along with the stars was done by aligning a pivot with the earth’s axis and turning it at a preset rotation speed . More modern astrophotography rigs use a photo sensor that keeps a fix on one or more stars, moving the camera that is mounted on top of the tracker with just the right amount to get a sharp image.

For the moment at least, the Final Frontier when it comes to tracking one’s position is not outer space, but our living rooms. Significant R&D money is being invested in creating an ever more realistic and natural Virtual Reality (VR) experience. This requires that the system can keep track of not only where the user is looking in the virtual world, but also where their appendages are currently located.

In VR positional tracking aims to determine the yaw, pitch, and roll of displays, controllers, or body parts. Here there are two main options: either sensors on the user keep track of markers in their surroundings, like the Oculus Rift S does, or sensors that surround the user keep track of markers on the user’s body or on the controllers, like the Oculus Rift CV1‘s aptly named Constellation system. Of course, each solution comes with its own set of advantages and disadvantages (and aggravated users).

Methods for motion capture, often used for (CGI) films and video games, operate similarly. The big difference between VR and motion capture is that for motion capture it is acceptable to gear the subject up in special suits with markers, while also often including the finer details of facial movements, something that is less interesting in VR than tracking the movement of one’s digits. You don’t want to spend twenty minutes suiting up just to play a game. 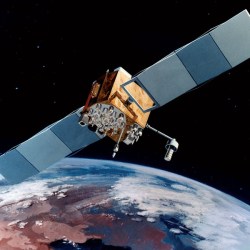 Whether navigating a celestial body’s surface, the space between the stars, or a virtual reality while flailing wildly in the living room amidst curious glances from your pets, the challenges posed by determining position and orientation remain. Only the actual space that is being navigated changes.

Improved navigation on Earth has led humankind to explore and settle virtually every bit of land on this planet, to create accurate maps, and to locate ourselves in the Earth’s oceans, land, and skies with ever-increasing precision. Over time we learned to create our own markers in addition to the Sun and stars, using light houses, radio beacons, and ultimately a constellation of satellites to enable navigation.

In space, our probes don’t just navigate by stars alone anymore either. The NASA Deep Space Network provides both communication and tracking services to any spacecraft inside our solar system, and beyond. At this point in time, only the network’s largest 70-meter antenna can still communicate with and track the Voyager probes as they venture ever further into deep space.

It’s an interesting inversion that what allowed early sailors to navigate the seven seas and later space probes to navigate the solar system is now used to keep track of you in your living room as you explore the worlds that exist within our collective imagination.

28 thoughts on “Star Trackers: Telling Up From Down In Any Space”