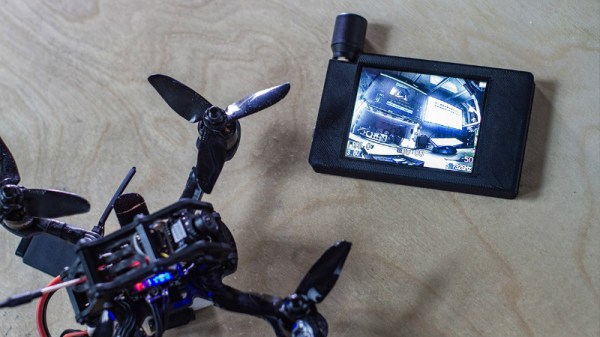 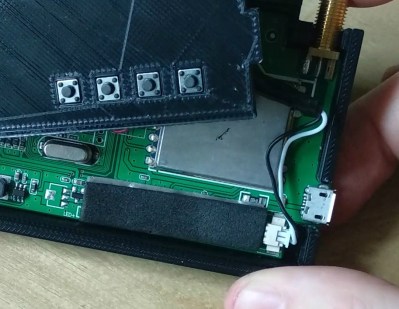 END_OF_DOCUMENT_TOKEN_TO_BE_REPLACED

First-person-view (FPV) flying, by adding a camera, video transmitter, and video goggles to the meat on the ground, is one of the best ways to experience remote-controlled flight. For just a few hundred dollars, it’s the closest thing you’re going to get to growing wings and flying through the trees of your local park. One of the most popular and cheapest ways to go about this is the Boscam RX5808 wireless receiver – a $9 module able to pull down video from an aircraft over 5.8GHz radio. Stock, this radio module is just okay, but with a few modifications, it can be turned into a very good receiver with a spectrum analyzer and autoscan.

The Boscam RX5808 has three DIP switches to allow for eight different channels for receiving video, and this is where most RC hobbyists stop. But the module also has a very capable SPI interface, and by adding a simple Arduino, the complete capabilities of this receiver can be unlocked.

The core software for the build is [markohoepken]’s rx5808-pro and rx5808_pro_osd, and [crazyheea]’s rx5808-pro-diversity to enable all the capabilities available in the RX5808 receiver. With an off-the-shelf LCD, this mess of wires and boards turns into an auto-scanning spectrum analyzer that’s also able to put video from a drone onto a screen.

[garagedrone] put together a very complete demo video of the entire build. You can check that out below.

END_OF_DOCUMENT_TOKEN_TO_BE_REPLACED

Flying RC aircraft with a first person view is the latest and greatest thing in the hobby. In a fact that I’m sure will be shocking to 90% of people, you don’t need to buy a Phantom quad fly FPV. The guys at Flite Test show how you can build a tiny 5.8GHz FPV transmitter for under $100.

Why are the Flite Test crew going for small and light FPV setups? They just launched a new line of planes that can be built from a single piece of foam board. If you have a small micro quad, you can easily add FPV to it with this rig.