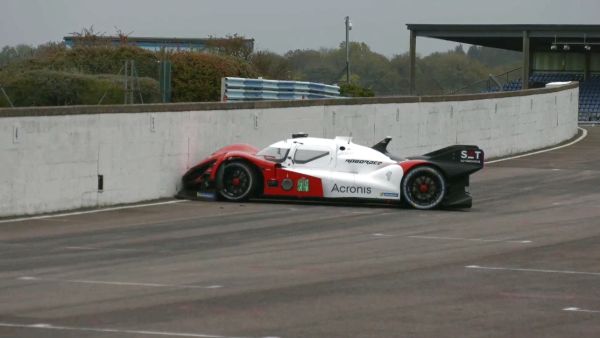 There comes a moment when our project sees the light of day, publicly presented to people who are curious to see the results of all our hard work, only for it to fail in a spectacularly embarrassing way. This is the dreaded “Demo Curse” and it recently befell the SIT Acronis Autonomous team. Their Roborace car gained social media infamy as it was seen launching off the starting line and immediately into a wall. A team member explained what happened.

A few explanations had started circulating, but only in the vague terms of a “steering lock” without much technical detail until this emerged. Steering lock? You mean like The Club? Well, sort of. While there was no steering wheel immobilization steel bar on the car, a software equivalent did take hold within the car’s systems.  During initialization, while a human driver was at the controls, one of the modules sent out NaN (Not a Number) instead of a valid numeric value. This was never seen in testing, and it wreaked havoc at the worst possible time.

A module whose job was to ensure numbers stay within expected bounds said “not a number, not my problem!” That NaN value propagated through to the vehicle’s CAN data bus, which didn’t define the handling of NaN so it was arbitrarily translated into a very large number causing further problems. This cascade of events resulted in a steering control system locked to full right before the algorithm was given permission to start driving. It desperately tried to steer the car back on course, without effect, for the few short seconds until it met the wall.

While embarrassing and not the kind of publicity the Schaffhausen Institute of Technology or their sponsor Acronis was hoping for, the team dug through logs to understand what happened and taught their car to handle NaN properly. Driving a backup car, round two went very well and the team took second place. So they had a happy ending after all. Congratulations! We’re very happy this problem was found and fixed on a closed track and not on public roads. 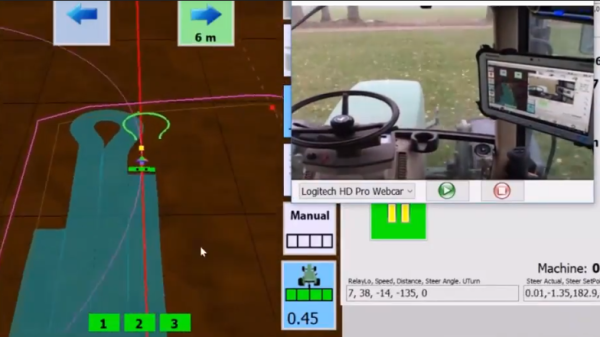 Modern agricultural equipment has come a long way, embracing all kinds of smart features and electronic controls. While some manufacturers would prefer to be the sole gatekeepers of the access to these advanced features, that hasn’t stopped curious and enterprising folks from working on DIY solutions. One such example is this self-steering tractor demo by [Coffeetrac], which demonstrates having a computer plot and guide a tractor through an optimal coverage pattern.

A few different pieces needed to come together to make this all work. At the heart of it all is [Coffeetrac]’s ESP32-based Autosteer controller, which is the hardware that interfaces to the tractor and allows for steering and reading sensors electronically. AgOpenGPS is the software that reads GPS data, interfaces to the Autosteer controller, and tells equipment what to do; it can be thought of as a mission planner.

[Coffeetrac] put it all together with everything controlled by a tablet mounted in the tractor’s cab. The video is embedded below, complete with a “cockpit view” via webcam right alongside the plotted course and sensor data.