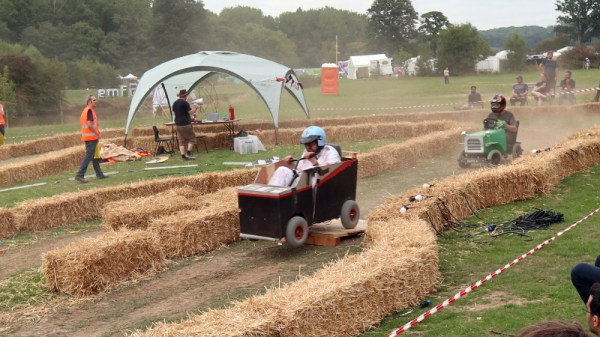 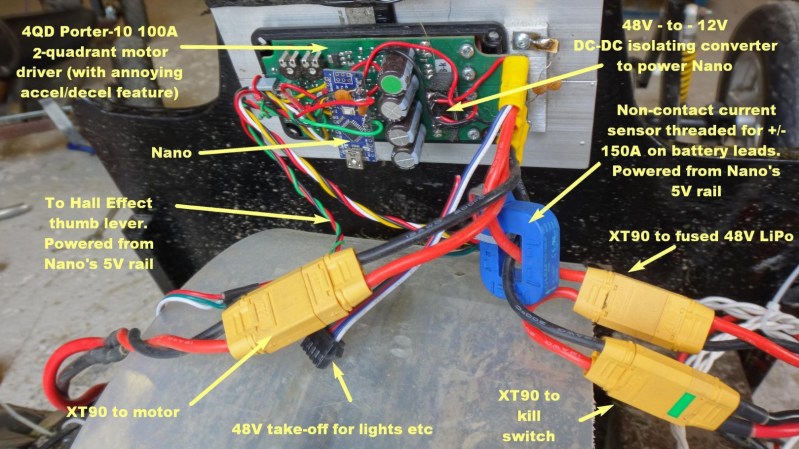 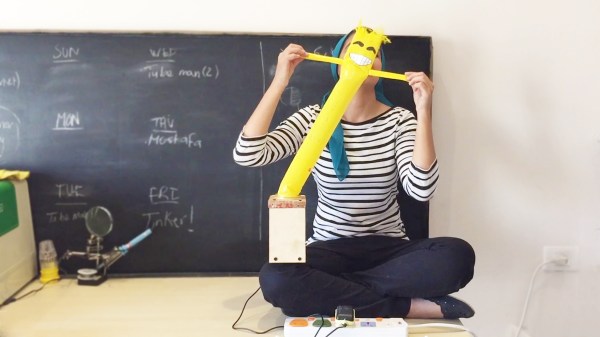 The staple of used car dealerships that prompted Houston to ban all ‘attention getting devices’ is called an ‘air dancer’ and was invented in 1996. And now you can build your own, even if until now the space requirements kept you from doing so.

[dina Amin] shows how to make one from a bunch of discarded hair dryers and stuff everybody is likely to find in his or her workshop. While the build as such is rather basic — these things are really simple devices after all — [dina Amin]’s project video takes us through the interesting detours that turn a build into a project. It touches on the topics of painting plastics, hardware repairs, diagnosing and fixing DC motors, and how hair dryers actually work. As an added bonus we get a good-looking solution for fixing that enclosure with the worn out threads. All that in five minutes flat.

And while you might not know if you need one, [dina Amin]’s wacky waving inflatable arm flailing arm tube man is pretty much guaranteed to work. Unlike this one.

END_OF_DOCUMENT_TOKEN_TO_BE_REPLACED

The Seadoo GTI Sea Scooter is a simple conveyance, consisting of a DC motor and a big prop in a waterproof casing. By grabbing on and firing the motor, it can be used to propel oneself underwater. However, [ReSearchITEng] had problems with their unit, and did what hackers do best – cracked it open to solve the problem.

Investigation seemed to suggest there were issues with the logic of the motor controller. The original circuit had a single FET, potentially controlled through PWM.  The user interfaced with the controller through a reed switch, which operates magnetically. Using reed switches is very common in these applications as it is a cheap, effective way to make a waterproof switch.

It was decided to simplify things – the original FET was replaced with a higher-rated replacement, and it was switched hard on and off directly by the original reed switch. The logic circuitry was bypassed by cutting traces on the original board. [ReSearchITEng] also goes to the trouble of highlighting potential pitfalls of the repair – if the proper care isn’t taken during the reassembly, the water seals may leak and damage the electronics inside.

Overall it’s a solid repair that could be tackled by any experienced wielder of a soldering iron, and it keeps good hardware out of the landfill. For another take on a modified DC motor controller, check out the scooter project of yours truly.