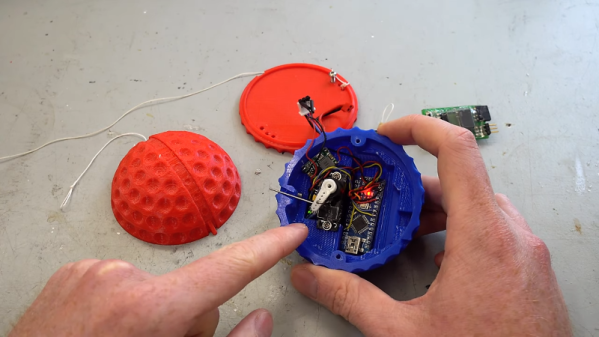 END_OF_DOCUMENT_TOKEN_TO_BE_REPLACED

[Valentin]’s build has all the earmarks of an inspired afternoon of hasty hacking. Mostly built of wood and hot glue, there’s a feed ramp for fresh ammo and an elastic-powered sled on a ramp. Fireworks are metered onto the sled with one turn of a small gear motor, the fuse is light by a butane torch, and another gear motor pulls the sled back and launches the firecracker. The launch is somewhat anemic – perhaps some stouter rubber bands or latex tubing would provide a little more oomph. But it’s still a fun build with plenty of potential for improvement – perhaps something along the lines of this automated beer catapult?
END_OF_DOCUMENT_TOKEN_TO_BE_REPLACED