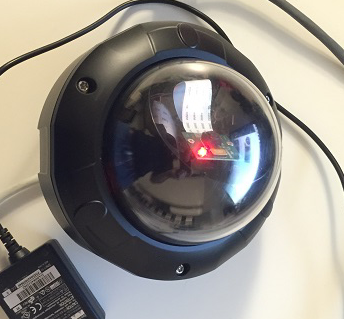 A Dropcam will run you about $150. Price out a Raspberry Pi, camera sensor, and a CCTV camera housing found on eBay, and it starts to look like there may be a cheaper replacement for a Dropcam sitting around on workbenches, if only someone can figure out the software. [Antoine] did just that, giving any Raspberry Pi the ability to stream H.264 video over a network.

[Antoine]’s software is based on the raspivid tool distributed from the foundation, but that only takes care of capturing and encoding H.264 video from the camera sensor. To add IP camera support, the Live555 RTSP library was mixed in and combined to stream video over the Raspi’s network connection.

With a camera dome enclosure from the usual outlets, [Antoine]’s project really starts to look professional. The specs are respectable, too: it can output a 1080 stream, and with a small modification to an Ethernet cord, this webcam has PoE. Future updates include the ability to record videos based on a trigger and possibly a webserver on the Pi for configuration. [Antoine] says he really isn’t up to speed with Javascript, so any help would be appreciated.