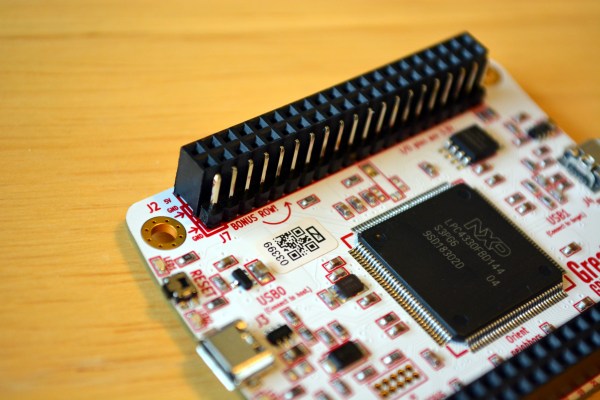 END_OF_DOCUMENT_TOKEN_TO_BE_REPLACED

Before Bluetooth, before the Internet of Things, and before network-connected everything, infrared was king. In the 90s, personal organizers, keyboards, Furbys, and critical infrastructure was built on infrared. Some of these devices are still around, hiding in plain sight. This means there’s a lot of opportunities for some very fun exploits. This was the focus of [Mike Ossmann] and [Dominic Spill]’s talk at this year’s Shmoocon, Exploring The Infrared World. What’s the hook? Using software-defined radio with terahertz frequencies.

Infrared communication hasn’t improved since the days of IrDA ports on laptops, and this means the hardware required to talk to these devices is exceptionally simple. The only thing you need is an IR phototransistor and a 4.7k resistor. This is enough to read signals, but overkill is the name of the game here leading to the development of the Gladiolus GreatFET neighbor. This add-on board for the GreatFET is effectively a software defined IR transceiver capable of playing with IrDA, 20 to 60 kHz IR remote control systems, and other less wholesome applications.

Demos are a necessity, but the world seems to have passed over IR in the last decade. That doesn’t mean there still aren’t interesting targets. A week before Shmoocon, [Mike Ossmann] put out the call on Twitter for a traffic light and the associated hardware. Yes, police cars and ambulances use infrared signaling to turn traffic lights green. You shouldn’t. You can, but you shouldn’t.

What was the takeaway from this talk? IR still exists, apparently. Yes, you can use it to send documents directly from your PalmPilot to a laser printer without any wires whatsoever. One of the more interesting applications for IR is an in-car wireless headphone unit that sends something almost, but not quite, like pulse coded audio over infrared. The demo that drew the most applause was an infrared device that changed traffic lights to green. The information to do that is freely available on the web, but you seriously don’t want to attempt that in the wild.