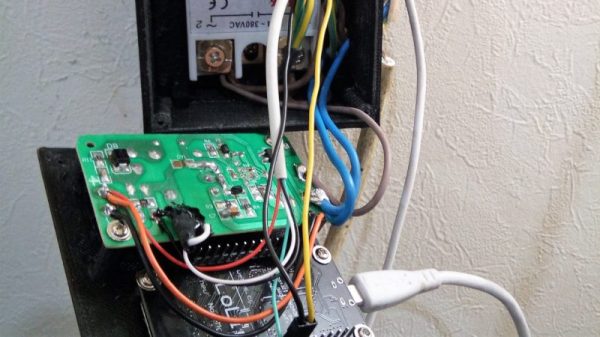 We’ll never cease to be amazed at the things people try to put on the Internet of Things. Some are no-brainers, like thermostats, security cameras, and garage door openers. Others, like washing machines and refrigerators, are a little on the iffy side, but you can still make a case for them. But an IoT air compressor? What’s the justification for such a thing?

As it turns out, [Boris van Galvin] had a pretty decent reason for his compressor hacks, and it appears that the IoT aspect was one of those “why not?” things. Having suffered the second failure of his compressor’s mechanical pressure switch in a year, and unwilling to throw good money after the $120 that went into replacing the first contactor, [Boris] looked for a cheaper and more interesting way to control the compressor. An ESP8266 dev board made interfacing the analog pressure sensor a snap, and while he was at it, [Boris] added a web interface with a nice graphical air pressure gauge and some on-off controls. Now he can set the pressure using his phone and switch it off in the middle of the night without going outside. That’s an IoT win right there.

No air compressor? No worries — build your own from an old fridge. The non-IoT kind, preferably.