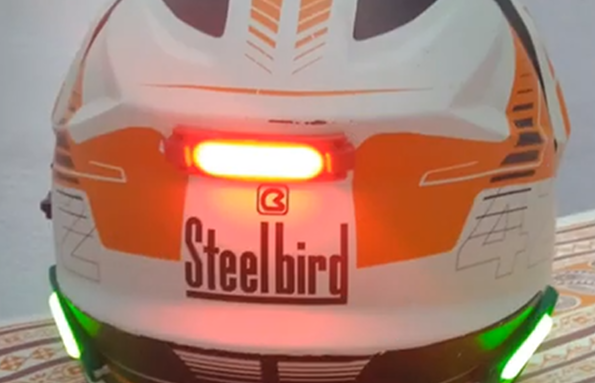 If you ride a bike, you probably share the road with a lot of cars. Unfortunately, they don’t always share the road very well with you. [Mech Tools] took a helmet, a few Arduinos, and some wireless transceivers and made headgear that shows when you stop and also shows turn signals. We were a little surprised, though, that the bike in question looks like a motorcycle. In most countries, motorcycle helmets meet strict safety standards and modifying them is probably not a good idea. However, it wasn’t exactly clear how the extra gear attached to the helmet, so it is hard to say if the project is very practical or not.

In particular, it looks as though the first version had the electronics just stuck to the outside of the helmet. The final one had things mounted internally and almost certainly had cuts or holes made for the lights. We aren’t sure which of those would be more likely to be a problem in the case of an accident.