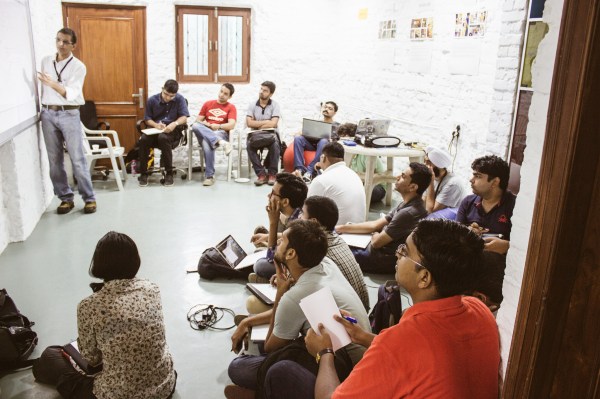 While Mumbai and Bengaluru have an active and large hacker community, New Delhi, India’s capital, seems to have leapfrogged ahead when it comes to hackerspaces – four at last count. So when the latest one in town, Maker’s Asylum, opened it’s doors last month, we decided to put together a hacker congregation to bring the community together and introduce them to the Hackaday Prize. Having already done Hackaday Prize bring-a-hack events in Mumbai and Bengaluru, we thought of doing something more substantial – a day long KiCad EDA workshop followed in the evening by a Show-n-Tell brag show.

Hackaday’s [Matt Berggren a.k.a. @technolomaniac] has done a couple of “Design a PCB from zero to WiFi with Hackaday!” Eagle EDA workshops recently. He designed a simple breakout board that allowed connecting an ESP-01 module to the USB port via an USB-UART cable with level conversion, pull up resistors and push button switches to make it easy to program. We had a slightly delayed start, so I quickly rushed through the awesome presentation that [Matt] has prepared, running through the “What is a PCB?” section and skipping the rest. We also discussed a couple of candidate designs for the day’s workshop – a pair of ATtiny line following robots, a simple Attiny SmartLED controller, but eventually, everyone got excited when I mentioned “ESP-8266” !

END_OF_DOCUMENT_TOKEN_TO_BE_REPLACED 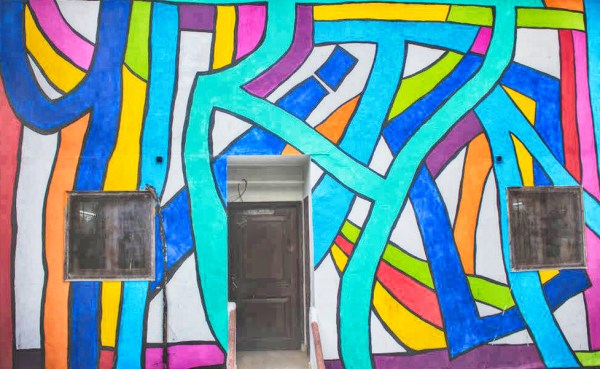 Join me on July 18th for Hackaday Prize Worldwide: New Delhi — a KiCad workshop, hardware show & tell, and a chance for you to meet other hackers and makers in the area.

Hacker spaces are on the rise in India, a development that really excites me. When I helped co-found India’s first, community Hacker Space – Maker’s Asylum – in Mumbai, things were pretty lonely. And this was less than 2 years back in 2013 November. Last month, we opened New Delhi’s latest, and the Maker’s Asylum’s second space. There’s already a couple of other hacker spaces in New Delhi, and you can now find hacker spaces in Mumbai, New Delhi, Pune, Bangalore, Chennai, Cochin, Meerut, Kolkatta, Surat, Ahmedabad, Dharamsala, Hyderabad, Ramachandrapuram – and the list continues to grow.

To help build the community, and to bring the opportunity presented by the Hackaday Prize to local hackers, I hosted Hackaday Prize Worldwide events at the Maker’s Asylum in Mumbai and at Workbench Projects in Bangalore. This month, on July 18th, I’ll do another Hackaday Prize Worldwide event at the Maker’s Asylum in New Delhi. I love talking about, and supporting, Open Source Hardware at every opportunity. So for this event, I’ll be doing a fairly long and detailed workshop on KiCad – the awesome, open source EDA tool – lasting several hours. At the end of the day long workshop, I hope to get fellow hackers to complete a design that can be sent off for PCB fabrication. After a short break in the evening, we will have a Show-n-Tell, getting the assembled folks to show off the projects they are working on. There are a number of them who have submitted entires for the Hackaday Prize, so it will be interesting to hear them talk about their experience and share tips and ideas.

We can hold only a limited number of folks at the event, and slots are quickly filling up. So, if you’re in New Delhi or somewhere close by, do RSVP at this link quickly. Looking forward to an interesting event. Check out some pictures from the opening party of the New Delhi Maker’s Asylum after the break.