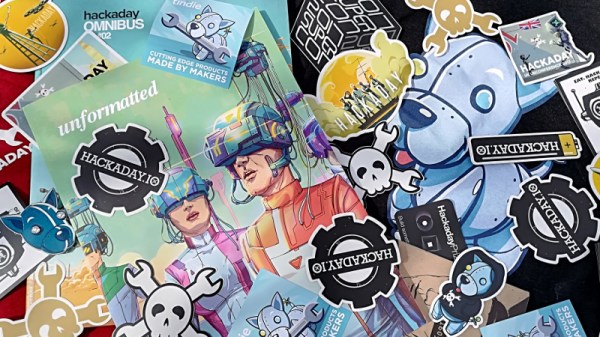 Hackaday and Tindie are on the road in the UK and we want you to grab one of your projects and come hang out! We have three meetups scheduled over the coming week:

Fresh from our Dublin Unconference and following our London meetup which is happening today, Hackaday and Tindie are staying on the road. We’ve already told you about Nottingham on the 18th, and Cambridge on the 19th, to those two we’re adding Milton Keynes on the 23rd.

We’ll be at convening at Milton Keynes Makerspace on the evening of Monday the 23rd, a community hackspace venue with easy access and parking, and a vibrant community of members. It shares an industrial unit with the local Men In Sheds, so look out for their sign. Entry is free but please get a ticket so we know the amount of pizza and soft drinks we need to arrange. Bring along whatever you are working on, we’d love to see one of your projects, whatever it is!

At the end of the month we will also be at Maker Faire UK in Newcastle, Meeting you, our readers, is important to us, and though we can’t reach everywhere we would like to try to get further afield in the future. Please watch this space.

The world’s first public installation of a solar roadway caught fire or something.

Hey hardware nerds in the UK! Nottingham is having its first monthly hardware meetup. This get together is being put together by [Spencer], creator of the extremely popular RC2014 Homebrew Z80 computer kit. The meetup is free, and it’s happening this Tuesday.

[danjovic] sent in a link to this YouTube channel of a guy building stuff out of PVC sheets and CA glue. There’s a lot of stuff in here from a PVC tripod to instructions on how to get PVC sheets out of PVC pipe. Small warning: this is PVC, and it will kill you instantly, for reasons we can’t yet determine. Additionally, he’s heating PVC, which means cancer for your yet-unborn great-grandchildren. How it both kills you while still allowing you to breed is beyond our comprehension. That’s how bad PVC really is.

NASA has updated their available software catalog. If you want to go to Saturn, you first have to go to Venus three times. Here’s a tool that packs batteries. You should build a router for the interplanetary Internet.

[jlbrian7] is Breaking Android over on Hackaday.io

What are you doing the weekend of March 31st? We’re going to New Jersey for the Vintage Computer Festival East. This is one of the better cons we go to. Maybe this year we’ll organize a trip to the pinball museum in Asbury Park.