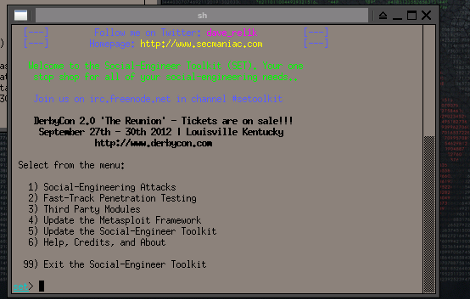 PwnPi is a penetration testing distribution rolled up for the Raspberry Pi platform. This should come as no surprise to anyone. The RPi board has a beefy processor, it’s relatively low power, has the option of the on-board NIC or a USB WiFi dongle, and it already has Linux kernel and desktop sources available to start from.

Now we will admit we’re a bit disappointed from this tip. Don’t get us wrong, the distro looks like it’s well done, and we’re sure there are a lot of folks out there who will be happy to have these tools to help test their network security. But this is a software only hack and we were expecting to see a nice little covert package that could be plugged into an outlet (SheevaPlug style), or a battery-powered module that can be plugged into an Ethernet port and hidden away.

Now you know what we want, don’t forget to send in a link once you pull it off.