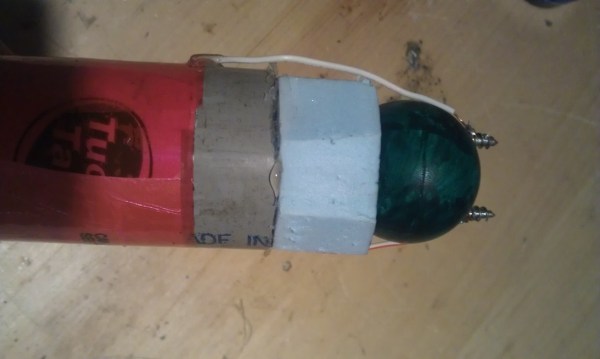 Check out this Pokemon Yellow cartridge for Super Nintendo. Wait, what? That is a Game Boy game! Well there is a Super Gameboy cartridge that lets you play them on SNES. This mashes the guts of the two into a custom-decorated SNES cart. Now if you’re more interested in the guts of that Super Game Boy cartridge you’ll want to check out this classic hack which dumped the ROM from it. [Thanks Nick]

Here are a couple of interesting things from our friends over at Adafruit. First off, they have a high-res gallery of the Raspberry Pi compute module and carrier boards which we heard about earlier in the week. Also, the latest Collin’s Lab has a great video on soldering. We especially appreciated the discussion of soldering iron tips and their effect on heat transfer.

[Marius] got tired of the static shock from the office coat rack. You know, like the scene straight out of Office Space? But he didn’t disassemble the infrastructure to solve the issue. Instead he connected it directly to ground. Just make sure you stick the wire in the correct hole!

It’s as if Hackaday is on a quest for the most perfect DIY cyclonic separator. Here’s the latest offering which you can cut out from sheet stock by hand. It’s the alternative for those of us without access to a 3D printer.

If you think it’s too difficult to build what we refer to as a Daft Punk table you need to check out what [Dan] pulled off. He proves that your LED matrix coffee table project doesn’t have to take up a ton of time or cost an exorbitant amount of cash.

We should have mentioned this to you before the weekend so you’d have something to watch: you can now download BBS: The Documentary from the Internet Archive. We’ve watched the entire thing and it’s fantastic. If you know what a dial-up modem handshake sounds like, you’re going to be awash in nostalgia. If you don’t know the delight of those sounds you need to watch this and see how things used to be back in the day when connecting your computer to a network definitely wasn’t what the cool kids were doing. [Thanks Larry]