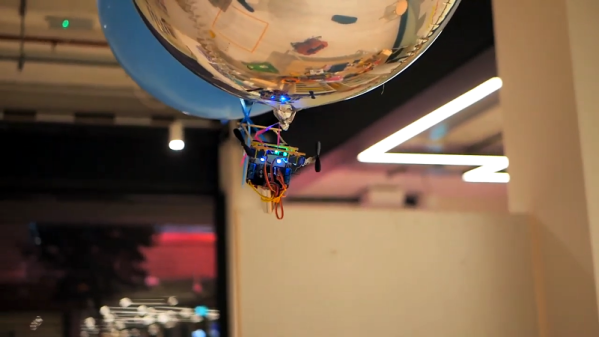 We have to admit, we like airships. There’s something about the image of a stately zeppelin floating over Manhattan that just makes us imagine the future. There are not many airships anymore, but you can always build your own. [Crafty Robot] shows how to use one of their boards to make a simple and easy controlled balloon. Honestly, they don’t give you many details, but we know how to turn motors and servos. We loved their construction with hot glue and bamboo. Effective, and fun to say.

The bamboo skewers are easy to find and make a lightweight frame. Some drone motors provide thrust and some simple RC servos control the angle of the props. Nice and simple.

END_OF_DOCUMENT_TOKEN_TO_BE_REPLACED