After attempting to dismantle it with a screw driver to get at the lenses, [Julian] carefully calculated the best place to simply break it without damaging them. With the precision of a heart surgeon he swung back his trusty hammer…

The end result is neither pretty, nor very functional due to the long focal length of the lenses (about 6″). But it was enough to allow [Julian] to play around with the Google Cardboard App — which is really all he wanted to do. Happy Meal hacking should almost be its own event, right? 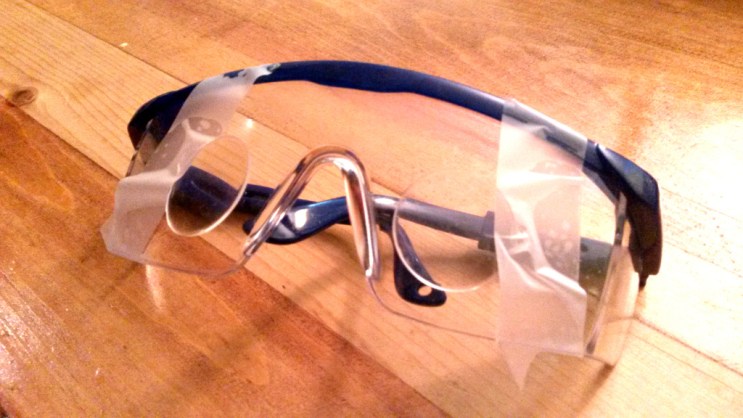