Maybe you’ve never programmed an Arduino before. Or maybe you have, but nothing beyond das blinkenlights. Maybe your soldering iron sits in a corner of your garage, gazing at you reproachfully every time you walk by, like a ball begging to be thrown. Maybe you’ve made a few nifty projects, but have never interfaced them with a PC. If this describes you, then this article and project is just what you need. So grab your favorite beverage, tuck in and prepare to get motivated.

[Anuj Dutt] has not only made a really cool project, he has also done a most excellent job at documenting it. It’s an Arduino controlled “RADAR” like project that uses the familiar Parallax ultrasonic sensor. It’s mounted to a servo and feeds data to a PC where a custom VB.NET program translates the data in to a cool “green radar sweep” screen. It also pushes text to an LCD which reveals the distance from the target. 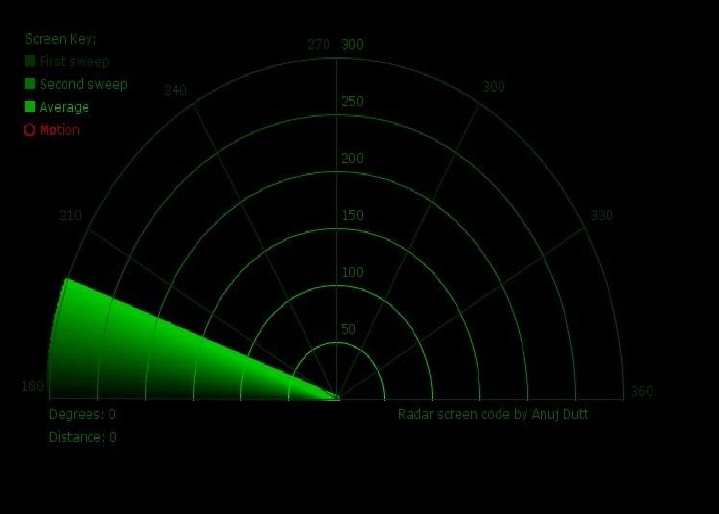 [Anuj Dutt] hand rolled his Arduino just because, but ran into some trouble getting everything to talk to the PC. He wound up using the ultra user friendly FTDI to save the day. Be sure to check out the video below to see the project in action. [Anuj] published the code for both the Arduino and PC in the video description.

26 thoughts on “Green-Sweep For Your Ultrasonic Rangefinder”