Further claims in the press release include a reaction that doesn’t use tritium atoms, which are expensive and radioactive, is viable on a small scale, and doesn’t emit harmful fusion byproducts like speeding neutrons. It sounds almost too good to be true.

So we downloaded the paper which the press release is based on. The details on the experiment are sketchy but the authors claim that they’re getting more energy out than they’re putting in, including fusion byproducts, and all of this at room temperature.

The secret sauce seems to be ultra-dense deuterium, “D(0)” whatever that means. Looking through the author’s other papers, it looks like he’s claiming to have made metallic hydrogen, which would be a Nobel Prize right there. And it’s starting to look a little bit suspicious that no other labs have replicated the work in the intervening eight or ten years.

While metallic hydrogen probably exists inside the core of Jupiter, no lab on Earth has succeeded in making metallic hydrogen repeatably, although it’s been postulated to be possible since 1935 and many have tried. Teams at Cornell and the French Atomic Commission have both given it a shot, and failed with pressures as high as 3.2 million atmospheres.

Well, no labs except [Holmlid]’s. It must be true, though, because it’s on Wikipedia! It says right there that the [Holmlid] lab made metallic hydrogen using “Rydberg Matter”. We’d never heard of this stuff, so we followed that Wikipedia link down the rabbit hole, only to find some mumbo-jumbo that we didn’t understand and citations of papers nearly exclusively by, you guessed it, [Leif Holmlid].

We’re done with ultra-dense deuterium at this point, and the rest of the work with it. Why? Because science is based on consensus and reproducible results. Non-reproducible experimental results by a single investigator aren’t results — they’re anecdotes at best. Nope, what we’ve got here is a case of the cold fusions.

Cold Fusion and its Children 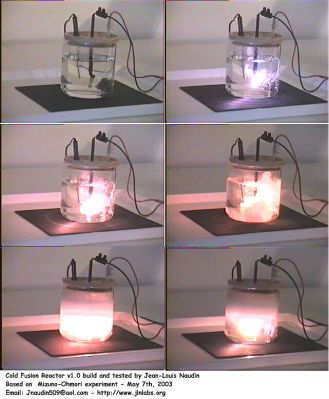 The cold fusion fiasco of 1989 was spectacular mostly because of its grand claims for clean and abundant energy produced essentially from salt water. Accounts differ as to why the press picked up on the story so readily, but part of the reason is certainly due to the fact that [Martin Fleischmann], one of the two co-authors, was a well-respected chemist at the time. Two early initial reports of confirmatory experiments stoked the fire, although both would later be retracted and the anomalies explained.

But what then followed was the normal, serious work of science. Many more labs tried to replicate the cold fusion results and failed. Instead of dismissing the claims summarily, the American Physical Society (APS) called a conference to gather together all of the experimental evidence on the topic. The overwhelming majority of the labs came together with further negative results, and the panel nearly unanimously declared the topic closed.

“Celebrating” cold fusion’s tenth anniversary, the New York Times, one of the first papers to critically question cold fusion, put together a nice summary timeline in 1999 of their articles on the topic at the time. Like many others, the Times writers were initially open-mindedly enthusiastic about the promise of endless energy. But over the course of a month, as negative evidence accumulated, they started to back off. When the APS nailed the cold fusion coffin shut, the Times followed suit.

There have been numerous small flare ups of cold-fusion-like results that come and go, but again nothing reproducible has come out of the work. Since the public trouncing of cold fusion, its proponents have just renamed their research agenda. Basically all of the neo-cold-fusion movements include something like “low energy” in their name to replace “cold”, and they’re very careful to avoid the words “fusion”. But what they all share is a belief in (nearly-)free energy, the original promise of cold fusion. Sadly, a US Navy group (SPAWAR) funds some of the last of the true believers (PDF, quackery). Your tax dollars at work!

What’s shocking is to see how frequently a keyword search for “ultra-dense deuterium” comes up with reports on this line of research that take it at its face value. We’d be as happy as anyone if there were free (or even cheap) clean energy. Wishing doesn’t make it so. At the same time we are in favor of funding responsible research that doesn’t predicate its funding requests on hype. It’s isn’t the pursuit of the a breakthrough, but rather the clouded presentation of “results” that ruffles our feathers. 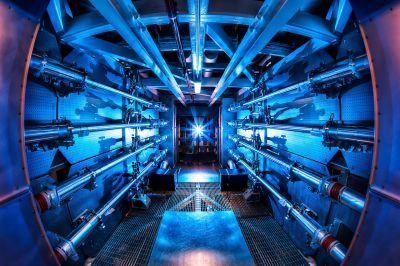 In stark contrast to the cold-fusion claims, there’s actual hot fusion. It’s messy, the temperatures and pressures are astronomical, but the actual science behind it isn’t hard to explain on some level: combining nuclei together releases a tremendous amount of energy.

Real fusion was theoretically predicted decades before the first hydrogen bomb prototype proved it could work in practice. In short, there’s no doubt on the science behind plain-old fusion. The rest is just (incredibly complicated) details.

And this is what separates quack science from real science. Quack science is get-rich-quick schemes; it’s all of the payoff without any of the work. It’s simple and easy. The National Ignition Facility, on the other hand, is the biggest laser in the world, built over nearly twenty years, involving countless millions of person-hours in its construction, and putting out 500 trillion watts (!) per shot. And yet these jokers still haven’t cracked fusion ignition.

But you know that if they could, for a few billion dollars less and in the comfort of a small laboratory, they would.