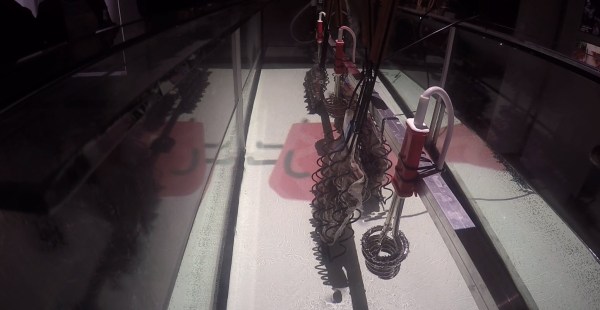 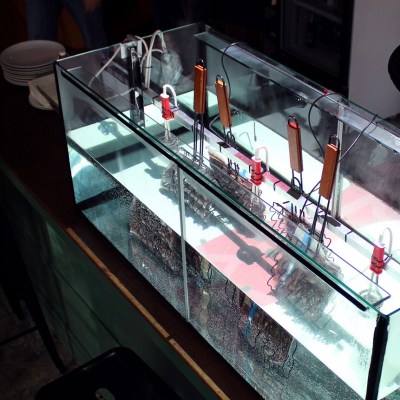 One of the things that stops electronic devices from going faster is heat. That’s why enthusiasts go as far as using liquid nitrogen to cool CPU chips to maximize their overclocking potential. Researchers at Georgia Tech have been working on cutting fluid channels directly into the back of commercial silicon die (an Altera FPGA, to be exact). The tiny channels measure about 100 micron and are resealed with another layer of silicon. Water is pumped into the channels to cool the device efficiently.

A comparable air-cooled device would operate at about 60 degrees Celsius. With the water cooling channels cut into the die and 20 degree water pumped at 147 ml/minute, the researchers kept the chip operating about less than 24 degrees Celsius.

END_OF_DOCUMENT_TOKEN_TO_BE_REPLACED 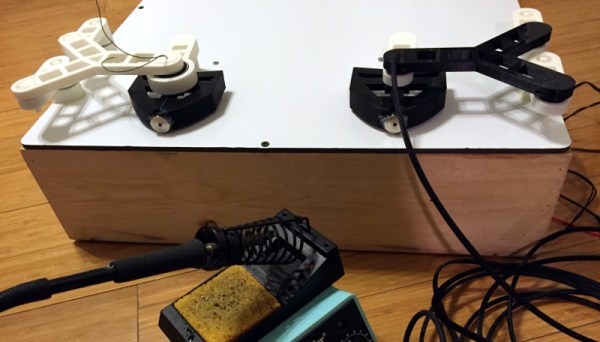 A well-designed robot can do any action a human can do. Whether this is an acrobatic performance, or just writing with a pen, there’s a robot out there for any single action a human can perform. This includes juggling, but never before has the human action of juggling been replicated at this scale. [Nathan] built a robot that can juggle seven balls simultaneously. That’s more balls in the air than any other juggling robot.

While the original plan was to build a low-cost version that could juggle balls by throwing them up in the air, this proved to be very difficult. Instead of giving up, [Nathan] simplified the problem by rolling the balls up a ramp. The entire build is documented in an imgur gallery, and there’s some interesting tech going on here. The 3D printed arms are controlled by beefy stepper motors running at 60V. To stop the balls from bouncing around in the arms, [Nathan] included and electromagnet to hold the balls in place for a fraction of a second during each cycle.

Juggling seven balls is amazing, but how about eight? This is the question every builder of a juggling robot will get, and it’s not quite as simple as adding another ball. The motion of juggling an even number of balls is completely different from juggling an odd number. That being said, [Nathan]’s robot does have four balls under its belt. It should probably get that looked at.

This isn’t [Nathan]’s first amazing 3D printed robot, and it probably won’t be the last, either: he recently built a Skittles sorting machine for the next time Van Halen comes to town. There’s an amazing amount of skill in all his projects, and he’s certainly an asset to the entire hackaday.io community.

END_OF_DOCUMENT_TOKEN_TO_BE_REPLACED 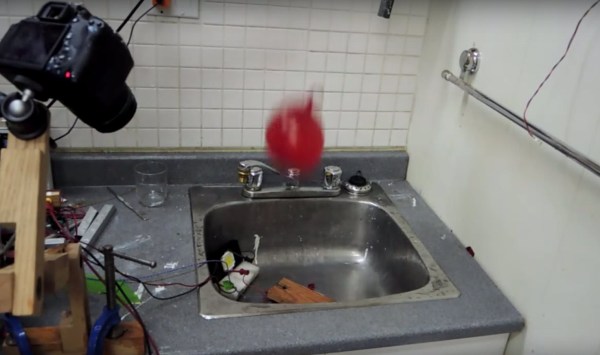 High speed photography is fun. Ultra high frame rate video, even more so. But since not many of us have access to $10,000 HFR cameras… we have to make do with long exposure shots a perfectly timed camera flash. You can design a system to trigger the flash at just the right millisecond — but they’re still pretty expensive typically.

[Electronupdate] has a 100W LED module and penchant for Arduino Nanos — so he wondered if he could make an affordable high speed camera rig — and he did.

It’s a pretty slick little setup. He has a limit switch mounted to a nail on a piece of wood — when the water balloon drops on it, it triggers the mechanical switch. The Arduino then triggers the LED flash, which is quite a large load and requires a High Side Switch to operate. A small LCD and series of buttons allow him to dial in the time offset just right in order to get some awesome photos of a water balloon exploding.

END_OF_DOCUMENT_TOKEN_TO_BE_REPLACED

People should build something that matters. The ones who actually do so end up shaping the world. We are proud to announce the ten finalists for the 2015 Hackaday Prize.

The problems that these projects tackle come from many different angles. Some improve safety in extreme situations by giving emergency workers the ability to detect the presence of dangerous gases, or by helping to find unexploded munitions in war-torn areas. Others make improvements in transportation by working on transportation where infrastructure is poor, and looking toward the future of electric vehicle transportation. There are projects that tackle pollution through monitoring and also by scrubbing pollutants from indoor air. Improvements in wheelchair mobility and advancements in prosthetics can transform the lives of people living with loss of function. And feeding the world can start with more automated farming options, and becoming more efficient with farming methods. These are the problems the finalists have chosen to solve with their entries.

The Hackaday Prize challenges Hackers, Designers, and Engineers to solve a problem and to build their solution using Open Design. One of these ten will claim the Grand Prize of a trip into space, and four others will claim top prizes worth $5,000-$10,000 each. These distinctions, along with the $100,000 Best Product prize, will be awarded to one of these ten projects at the Hackaday SuperConference in San Francisco on November 14th and 15th.

Thank you to our expert judges who chose these finalists from a slate of 100 semifinalists. The judges will begin making final round decisions on October 26th so keep watching these finalists as they continue to develop their entires.

To all who submitted entries this year, great job! The nature of this contest means not everyone can move to the next round, but that doesn’t diminish the effort and potential for good your project represents. The full slate of entries can be found in this list and all Semifinalists are shown here. Please also check out the Best Product entries and finalists. 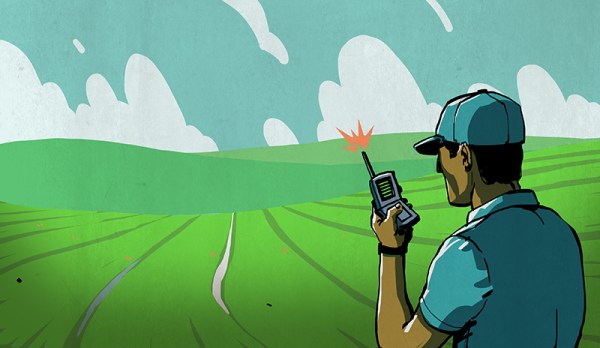 Rice is cultivated all over the world in fields known as rice paddies and it is one of the most maintenance intensive crops to grow. The rice paddy itself requires a large part of that maintenance. It is flooded with water that must be kept at a constant level, just below the height that would keep rice seedlings from growing but high enough to drown any weeds that would compete with the rice stalks for nutrients. This technique is called continuous flooding and a big part of the job of a rice farmer is to inspect the rice paddy every day to make sure the water levels are normal and there are no cracks or holes that could lead to water leakage.

This process is labor intensive, and the technology in use hasn’t changed much over the centuries. Most of the rice farmers in my area are elders with the approximate age of 65-70 years. For these hard working people a little bit of technology can make a big difference in their lives. This is the idea behind TechRice.