There are very few things that are surrounded with as much hearsay and rumor as the origins of the QWERTY layout of typewriters and keyboards. The reason behind the QWERTY layout isn’t as simple as ‘so the bars for each letter don’t collide with each other.’ That’s nonsense – it would make far more sense to improve the mechanism before changing the arrangement of the keyboard around.

That’s not the only fallacious argument for the creation of QWERTY. It’s also been called a marketing ploy; Stephen Jay Gould popularized the idea of the QWERTY keyboard being as it is so a salesman could peck out TYPE WRITER on the top row [1]. This also makes little sense. Why would the top row and not the home row be so privileged as to contain all the letters the make up the name of the machine. For that matter, wouldn’t a sales pitch be more impressive if TYPE WRITER were typed with one hand?

This doesn’t mean there’s not a method behind the madness of QWERTY – it’s just not as simple as jammed typewriter mechanisms or appeasing the wishes of salesmen in the 1870s. QWERTY didn’t come out of thin air, though, but folk tale history of this keyboard layout is sadly deficient.

END_OF_DOCUMENT_TOKEN_TO_BE_REPLACED 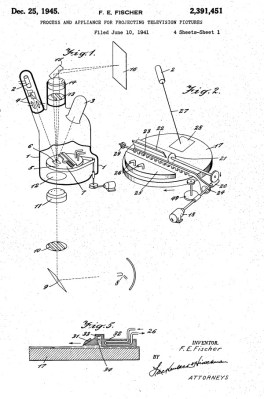 We often see “logic analyzer” projects which are little more than microcontrollers reading data as fast as they can, sending it to a PC, and then plotting the results. Depending on how fast the microcontroller is, these projects range from adequate to not very useful.

At first glance, [esot.eric’s] logic analyzer project has an AVR in it, so it ought to be on the low end of the scale. Then you look at the specs: 32 channels at 30 megasamples per second. How does that work with an AVR in it?

The answer lies in the selection of components. The analyzer uses a 128MB SDRAM DIMM (like an older PC might use for main memory). That makes sense; the Arduino can’t store much data internally. However, it isn’t the storage capacity that makes this choice critical. It seems [esot.eric] has a way to make the RAM “free run”.

The idea is to use the Arduino (or other host microcontroller) to set up the memory. Some of the memory’s output bits feedback to the address and data lines. Then the microcontroller steps aside and the SDRAM clocks samples into its memory by itself at the prevailing clock rate for the memory.