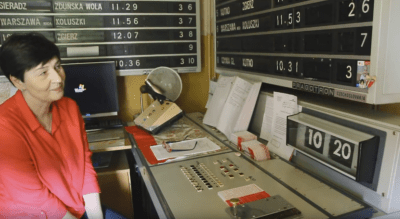 (Editor’s Note: [Krzysztof Tyszecki] wrote in to say that he’s writing a book about old train-staion split-flap displays, and would be grateful for any info or stories that anyone wanted to share with him. His e-mail address is firstname.lastname@gmail.com.)

Thanks to [piachoo] for bringing this to our attention!