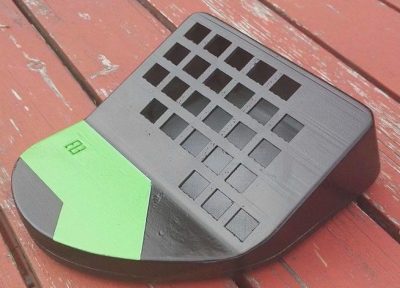 However, [Alexander] also used Fusion 360 to lay out a very nice looking case and printed it on an Ultimaker 2. With a little paint, the results look very professional (see photo, right). He still has to merge the two parts (the electrical and the mechanical) but at the end, he should have a great looking product.

We’ve seen other attractive 3D printed cases before. We’ve even covered a tutorial to help you do it yourself. If you prefer hacker chic, there’s always this case mod.