The history of aviation is a fascinating one, spanning more than two thousand years starting from kites and tower jumping. Many hackers are also aviation fans, and the name of Alberto Santos Dumont may be familiar, but if not, here we talk about his role and accomplishments in the field. Santos Dumont is one of the few aviation pioneers that made contributions in both balloons, airships and heavier-than-air aircraft.

From Lighter to Heavier Than Air Machines 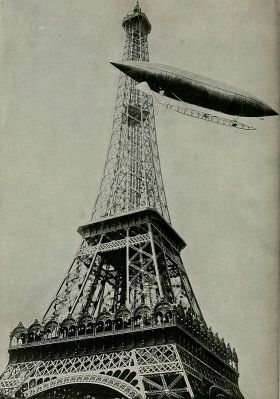 Santos Dumont was the youngest son of a wealthy coffee producer in Brazil. From his earliest years he was fascinated by the machinery of the coffee plantation; steam tractors, locomotives and other equipment. Following this passion he was set to Paris at the age of eighteen to studied physics, chemistry and electricity and soon became interested in hot air balloons and airships.

This interest blossomed and Santos Dumont built many balloons. His first, the Bresil, was quite a remarkable design. It was very small and lightweight compared to other designs of the time (113 m3 compared to 750 m3 for a standard design) but showed a lot of promise for the young inventor.

He started to work on steerable balloons and airships. The “Santos Dumont No. 1” ascended on September 18th, 1898. The “No. 2” was an unsuccessful experiment, but the “No. 3” was a complete success, circling the Eiffel tower and landing flawlessly in Bagatelle field.

From that triumph, his interests moved to powered flight. He owned a motorized tricycle, and like any good hacker he scavenged it for his first powered balloon. That was “No. 4”, the proof of concept which resulted in the more powerful “No. 5” that he built in an unsuccessful attempt to win an aviation prize. But persistence paid off and in October 19, 1901, Santos Dumont won the Deutsch de la Meurthe prize with his “No. 6” airship, flying from the Parc de Saint Cloud, around the Eiffel Tower and back in under 30 minutes.

Once he mastered how to steer lighter-than-air aircraft, Santos Dumont turned his attention to airplanes. He built an unsuccessful monoplane in 1905, and also a helicopter with rotors made of varnished silk stretched over a bamboo framework and powered by a 25 hp Antoinette engine. It is remarkable that, at his second attempt at building an airplane, Santos Dumont succeeded. He took the nacelle of his No. 14 airship, and added biplane wings, fuselage, and an Antoinette 24 hp, v8 engine. The resulting canard (tail forward) biplane was named “14-bis”. The first, unsuccessful flight showed that the machine was underpowered, so he changed the engine to a more powerful one, with 40 hp. Then he made the first flight of around ten meters, damaging the airplane on landing. After repairing, he flew his “14-bis” airplane, and won the Aero-Club de France prize for the first officially observed flight of over 100 m (330 ft) on November 12 1906. The 14-bis performed the first powered flight made anywhere outside of the United States.

He built a couple more machines, the “No. 15” and “No. 17”, and even a propeller-driven hydroplane. But it wasn’t until 1907 that he built his masterpiece, the Demoiselle, shown in the feature image at the top of this article. It was an elegant and lightweight monoplane machine, with an open frame fuselage made of bamboo. The pilot wore a special suit connected to the control stick. By leaning to the left or right, the wings warped and acted as ailerons, thus banking the aircraft while in flight. This is just one of many methods in aircraft design that were tested, before standardized methods of control were developed.

Santos-Dumont released the drawings of Demoiselle for free, and they were published in the June 1910 edition of Popular Mechanics. The author said that “This machine is better than any other which has ever been built, for those who wish to reach results with the least possible expense and with a minimum of experimenting.”

While the Wrights are widely considered as the inventors of the first successful airplane, there is still controversy about the first powered flight, with at least six “significant claims” known to date. Some say that the Wrights did not invent the airplane, but “only” controlled powered flight — a point that showed up in the comments of our recent article about the Wright Brothers’ methods. Their main breakthrough was the three-axis control (roll, pitch and yaw).

Regarding the flights of Santos Dumont, it is frequently stated that the Wright brothers used a rail and catapult system to launch their flying machines, as opposed to the Santos Dumont airplane that used wheels. In fact, the first airplane from the Wrights that used wheels instead of skids was the”Model B” from 1910. Of course, using wheels instead of skids can be considered a minor technicality; more important is the use of a catapult system to launch the airplane, however the Wright brothers made a lot of flights using the rails as a guiding system only, with the airplane taking off using its own power only, well before the 1906 flight by Santos Dumont.

In 1904, Santos Dumont was invited to the White House to meet President Roosevelt, who was interested in the use of dirigibles in naval warfare. Interestingly, Santos Dumont and the Wright brothers never met, even though they had heard of each other’s work.

Santos Dumont is sometimes credited as the inventor of the wristwatch. The truth is that he was a friend of Louis Cartier, and told him about the difficulty to check his pocket watch while in 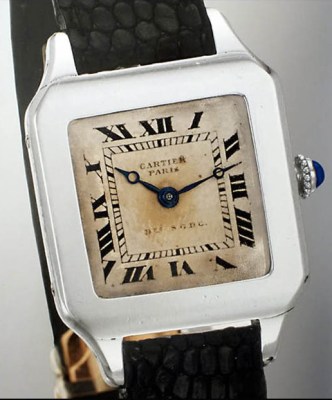 flight, that conversation lead to the first pilot wristwatch, which Santos Dumont wore every time he flew. Since he was already a celebrity in Europe, the public soon noticed the watch. At the time only women used wristwatches, but Santos Dumont made them popular among men too. Cartier still has a line of Santos Dumont watches.

Santos Dumont retired from aviation in 1910, suffering multiple scleroris and experiencing depression over the use of aircraft in warfare. He moved to France in 1911 and was accused of spying for the Germans. Deeply depressed by the incident, he burned all his papers and plans. He returned to Brazil in 1931, and hanged himself a year later. His contributions to aviation are his legacy to mankind.

58 thoughts on “Santos Dumont And The Origins Of Aviation”